What does Christine mean?

Christine is an all-time favorite. Today it is still somewhat popular as a baby girl name, but not as much as it was in the past. Its usage peaked in 1968 with 0.966% of baby girls being given the name Christine. It was #14 in rank then. The baby name has markedly fallen in popularity since then, and is currently of only modest use. In 2018, it ranked at #926 with a usage of 0.015%. Among the family of girl names directly linked to Christine, Christina was the most popular. The name was thrice as popular as Christine in 2018. 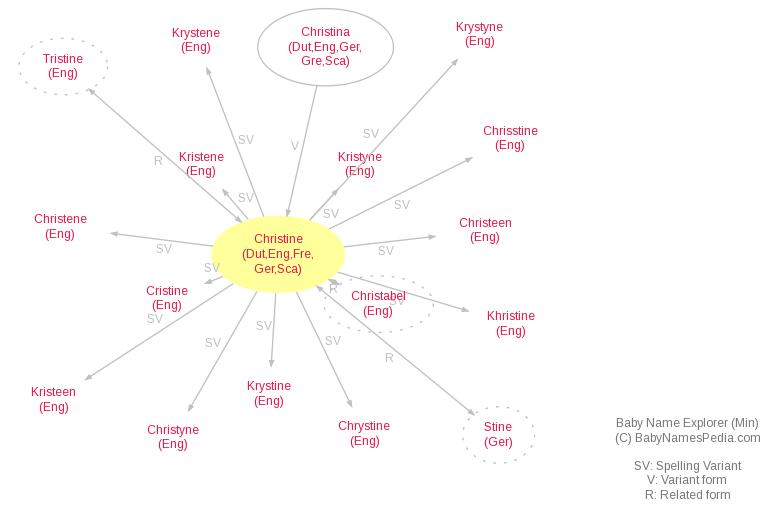