What does Christopher mean?

[ 3 syll. (c)hris-top-her, ch-ristoph-er ] The baby boy name Christopher is pronounced as KRIHSTaaF-er- †. Christopher is used mostly in English and it is of Old Greek origin. Christopher is of the meaning bearing Christ. A biblical name, it is derived from the elements 'christos' which means sanctified, anointed ; 'pherein' to bear, to carry, to bring. Old forms of the name include Christophoros (Old Greek) and Christophorus (Latin). The name was popular among medieval Christians as a metaphorical expression of bearing Christ in their hearts, and later on, in tribute to the 3rd-century Saint Christopher, patron saint of travellers and one of the 14 Holy Helpers. According to legend, which originated from the literal translation of the name's meaning, the saint was a huge man who safely carried the infant Christ across a river. The name was also borne by various kings of Denmark, Sweden, and Norway. It was first adopted by English speakers as early as the 13th century. It was later made famous by Cristoforo Columbo (1451-1506), the Italian explorer who discovered America while in the service of Spain; he was known as Christopher Columbus in England and Cristóbal Colon in Spain. The name is sometimes used in Scotland as the equivalent of the Gaelic Crìsdean.

What are the Variant Forms of Christopher?

Christopher is a very popular baby name for boys. The name increased in popularity from the 1930s up to the 1980s. At the peak of its usage in 1984, 3.205% of baby boys were named Christopher. Its ranking then was #2. The baby name has since slipped in popularity. In 2018, its usage was only 0.376% and its ranking #42, but it was nevertheless the most popular out of all boy names in its group. In 2018, Christopher was more widely used than the 2nd most popular name, Chris, by 17 times. The name Christopher has been predominantly given to baby boys, though it has also been used as a girl name in the past century. In 1990, baby boys named Christopher outnumbered girls by 265 times. 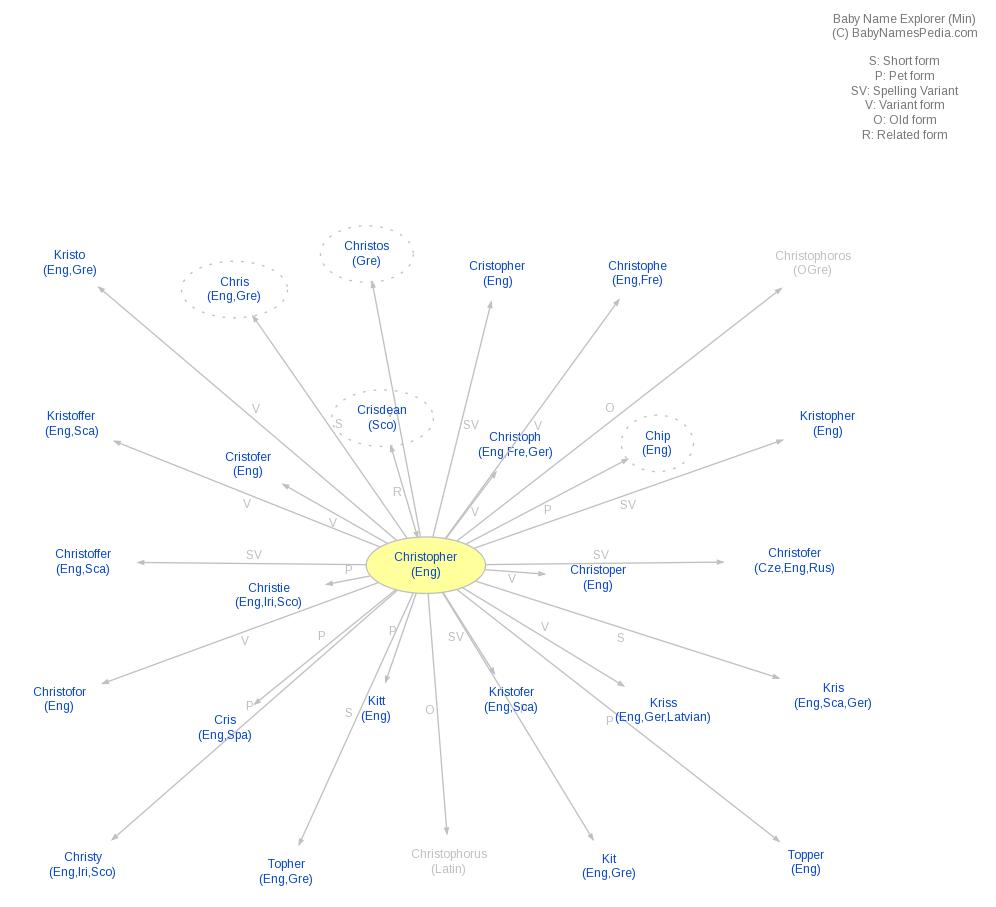