What does Chu mean?

[ 1 syll. (c)hu, ch-u ] The baby girl name Chu is also used as a boy name. It is pronounced CHUW †. Chu has its origins in the Chinese and Native American-Siouan languages. It is used largely in Chinese. From Chinese roots, its meaning is 'tidy'.

Chu is a contracted form of the Siouan Chumani.

Chu is not commonly used as a baby girl name. It is not in the top 1000 names. 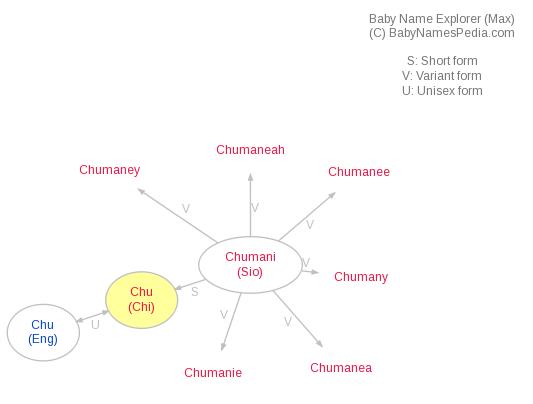