What does Cian mean?

[ 2 syll. cian, ci-an ] The baby boy name Cian is also used as a girl name. Its pronunciation is KIYAHN or KIYN †. Cian is used predominantly in the English and Irish languages, and its origin is Celtic. The name's meaning is ancient one. It is derived literally from the word 'cian' meaning ancient. The name was borne by a son-in-law of Brian Boru in Irish mythology, and by the ancient and prominent Clan Cian otherwise known as the Cianachta, with a history dating from the 200's AD. The name Ciannait (Irish) is the female version of Cian.

Cian is infrequently used as a baby name for boys. It is not listed in the top 1000 names. In 2018, out of the group of boy names directly linked to Cian, Kian was the most popular. 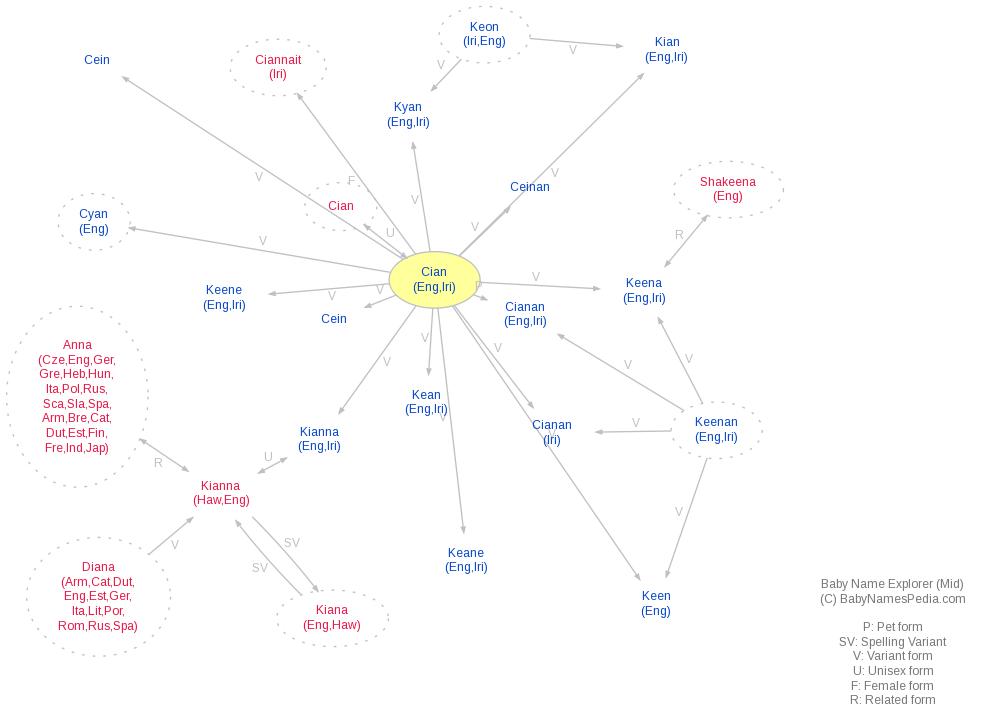