What does Cillian mean?

[ 2 syll. cil-lian, ci-lli-an ] The baby boy name Cillian is pronounced as KIHL-YaeN or K-LYaeN †. Cillian has its origins in the Celtic language, and it is used largely in English, French, and Irish. An original form of the name is Ceallach (Celtic and Old Irish). The first name was originally a Gaelic nickname from the element ceallach (meaning 'war, strife') or ceall ('church, monastery'). It was borne by various early Irish saints, including the 7th-century Saint Cillian who evangelized Franconia in Germany; he was martyred at Würzburg, where a cathedral was built in honor of him. The name is often Anglicized as Killian.

Another form of the name is the English, French, German, and Irish spelling variant Killian.

Cillian is seldom used as a baby name for boys. It is not in the top 1000 names. In 2018, among the group of boy names directly related to Cillian, Killian was the most frequently used. 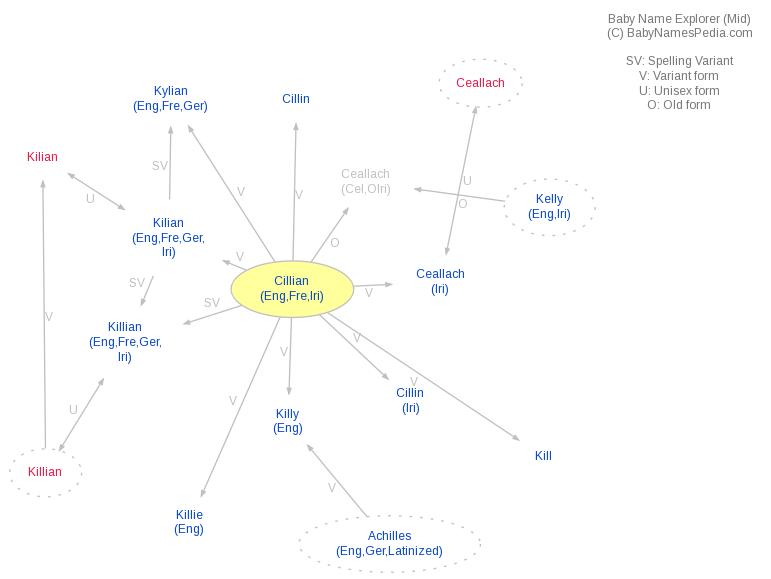