What does Cindy mean?

[ 2 syll. cin-dy, ci-ndy ] The baby girl name Cindy is pronounced as SIHNDiy- †. Cindy is used mostly in English, Latin, and Dutch, and its language of origin is French and Old Greek. From the short form of other given names, but now used as an independent name in its own right.

In addition, Cindy is a diminutive form of the English name Cinderella.

Cindy is also a diminutive form (English and Latin) of the English, German, and Greek name Cynthia.

Cindy is also a diminutive form (Dutch and English) of the English, Portuguese, and Spanish name Lucinda.

The origin and thus the meaning of the name Cindy is inherited by all variant forms.

Cindy is a rare baby name for girls. At the peak of its usage in 1957, 0.965% of baby girls were named Cindy. It ranked at #19 then. The baby name has since suffered a steep loss in popularity, and is currently used on an infrequent scale. In 2018, out of the group of girl names directly related to Cindy, Cynthia was the most popular. 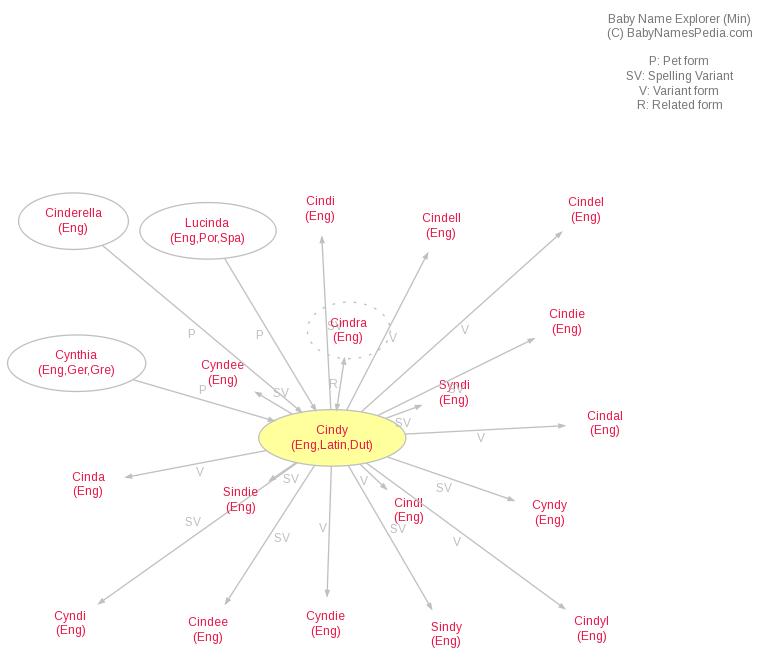