What does Claudius mean?

[ 3 syll. clau-diu(s), cl-audi-us ] The baby boy name Claudius is pronounced in English as KLAO-Diy-ahS †. Claudius is an English and German name of Latin origin. It is derived from the element 'claudus' meaning lame, limping. Claudius (Latin) is an original form of Claudius. Claudius is a Roman family name from the nickname Claudus. The nickname could originally be given to a lame or limping ancestor, such as in the case of the Roman emperor Claudius I (10BC-54AD), who was physically disabled. The name was also borne by several early saints, most notably the 7th-century Saint Claude of Besançon. It was later revived by the Scottish politician Lord Claud Hamilton (1543-1621) and the impressionist painter Claude Monet (1840-1926). The name Claudia (Dutch, English, German, Italian, Romanian, Scandinavian, and Spanish) is the female version of Claudius.

Claudius has 11 variants that are used in English and other languages. Variants used in English include Claud, Claudell, Claudian, and Claudio (used in Italian, Portuguese, and Spanish too).

Claudius is rarely used as a baby name for boys. It is not listed in the top 1000 names. 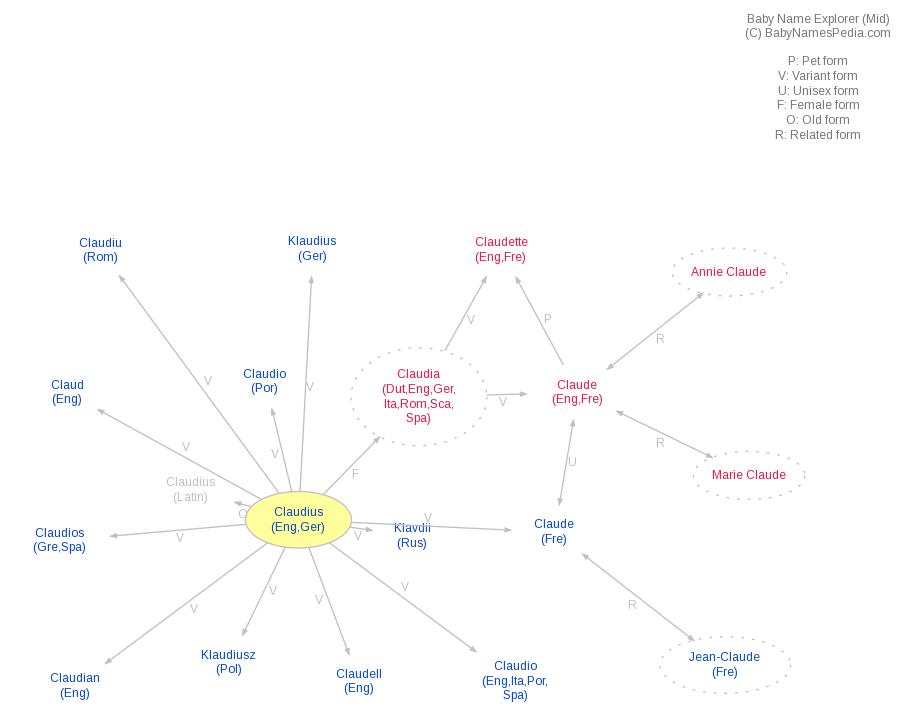