What does Clay mean?

[ 1 syll. clay, cl-ay ] The baby boy name Clay is pronounced as KLey- †. Clay is an English name of English and Old English origin. English origin: It is from the words 'clay' ; 'claeg' meaning clay. The first name is derived from the surname. The surname could have been given to someone who lived near a clay ground, or else it could be from a job title for someone who worked with clay.

In addition, Clay is a contraction of the English name Clayton.

Clay is a classic favorite. Today it is still rather popular as a baby boy name, but not to the degree it was previously. The name jumped in popularity from the 1940s up to the 1960s. At the height of its usage in 1960, 0.042% of baby boys were given the name Clay. It was #263 in rank then. The baby name has seen a decline in frequency since then. In 2018, its usage was 0.018% and its ranking #687. Within the family of boy names directly linked to Clay, Clayton was the most regularly used. In 2018, it was 4 times more commonly used than Clay. 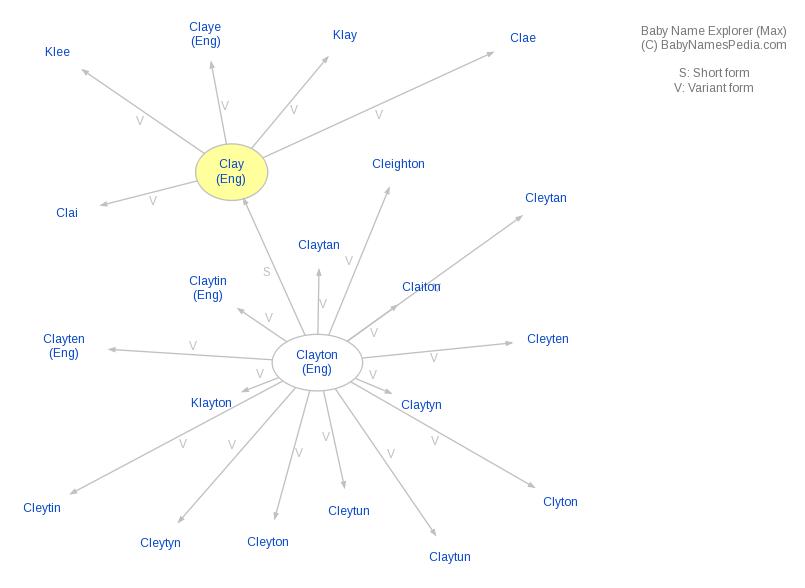