What does Cleavon mean?

[ 2 syll. clea-von, cl-eav-on ] The baby boy name Cleavon is pronounced KLIY-VaoN †. Cleavon has its origins in the English and Old English languages. It is used largely in English. From English roots, its meaning is 'cliff'. The name was first made famous by the American star Cleavon Little (1939-1992). The name has been especially popular among African-Americans.

Cleavon is a variant form of the English Cleveland.

Cleavon is not commonly used as a baby boy name. It is not in the top 1000 names. 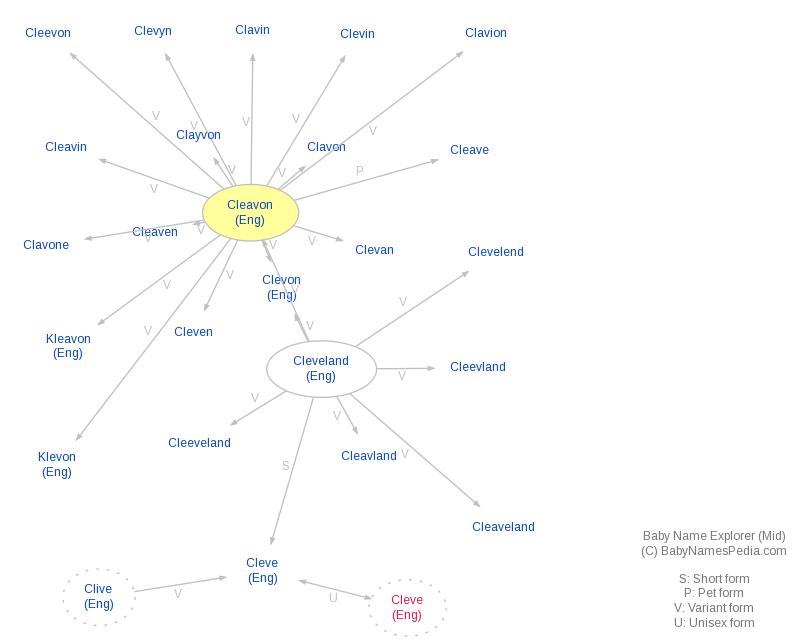