What does Clelia mean?

[ 3 syll. cle-lia, cl-el-ia ] The baby girl name Clelia is pronounced KLey-LIY-aa- or KLey-LYAH- †. Clelia is of Latin origin. It is used mainly in English, French, German, Italian, and Spanish. Its meaning is derived from the word cluere. An old form of the name is Cloelia (Latin). The name was borne in Roman mythology by a semi-legendary heroine who swam across the Tiber to escape capture by the Etruscans.

In addition, Clelia is a form of the English, Italian, Latin, Polish, Scandinavian, and Spanish Celia.

Clelia is the feminine version of the Italian Clelio.

Clelia is not often used as a baby girl name. It is not in the top 1000 names. Out of the family of girl names directly related to Clelia, Celia was the most commonly used in 2018. 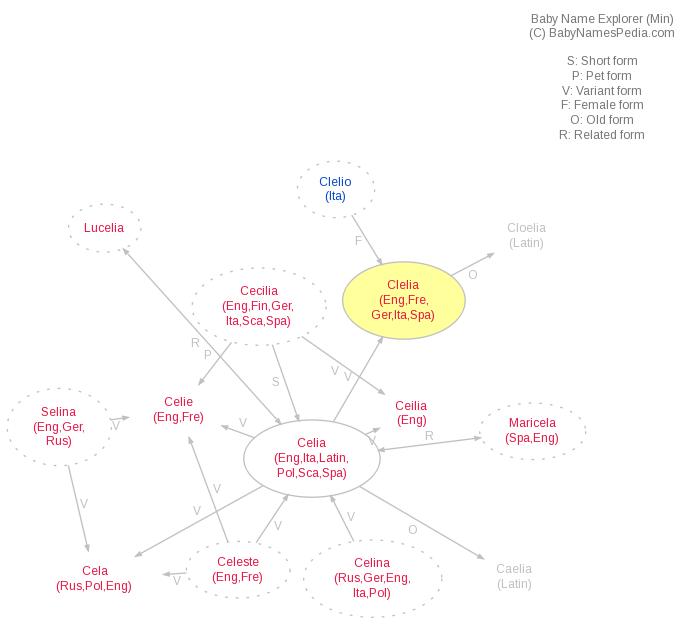