What does Clio mean?

[ 2 syll. clio, cl-io ] The baby girl name Clio is pronounced KLIY-ow- †. Clio is of Old Greek origin. It is used mainly in English, Greek, and Italian. It is derived from the word kleos with the meaning 'glory'. Older forms of the name include Clio (Latin) and Kleio (Old Greek). The name was borne in Greek mythology by the Muse of history, and by one of the nymphs. The name is feminine despite the '-o' ending.

In addition, Clio is a variant form of the English, German, and Greek Cleo in the English language.

Clio is also a familiar form of the English Cleopatra in the English and Greek languages.

Variant forms of Clio include the German and Italian Clea, the name Clío, and the name Klio.

Another form of the name is the English, German, and Greek spelling variant Cleo. 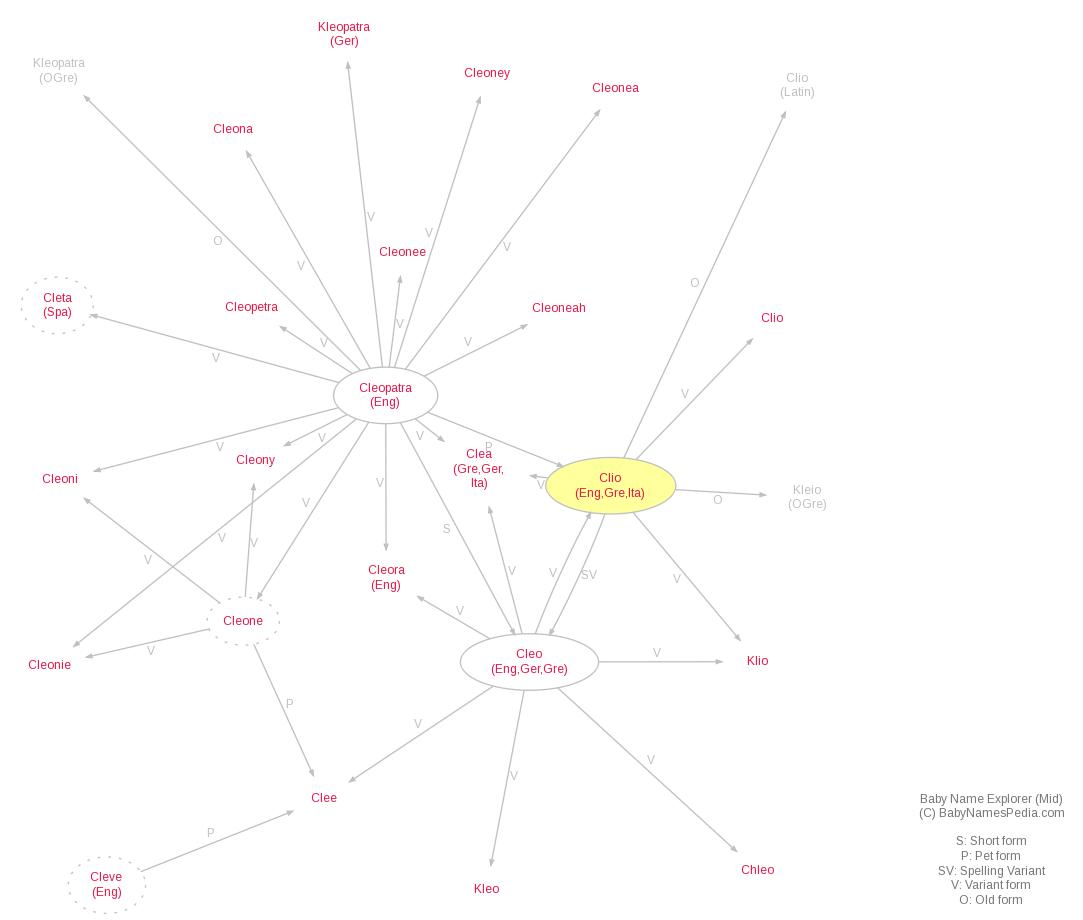