What does Clyde mean?

[ 1 syll. cly-de, cl-yde ] The baby boy name Clyde is sometimes used as a girl name. Its pronunciation is KLayD †. Clyde is an English and Scottish name of Scottish origin. The first name is derived from the name of the River Clyde, a major river which runs through Glasgow in south-west Scotland. The river name is of pre-Roman origin; it could be from the name of a Celtic goddess with the meaning 'washer'. The given name was first used in the 19th century, both in Scotland and in the USA. In the latter case, it was initially common with southern Afro-Americans working for land owners of Scottish descent, but its use has gained ground among the general population by the end of the 20th century. The name was somewhat popularized by the cult following of the film Bonnie and Clyde (1967) which portrayed the life of Clyde Barrow (1909-1934) the US bank robber, and also by the fictional Clyde Griffiths from the Theodore Dreiser novel An American Tragedy (1925).

Clyde is a classic favorite. Currently it is still somewhat popular as a baby name for boys, though to a lesser extent than it was previously. At the modest height of its usage in 1905, 0.331% of baby boys were given the name Clyde. Its ranking then was #53. The baby name has since markedly fallen in popularity, and in recent years it is of irregular use. In 2018, its usage was only 0.017% and its ranking #724, but it was nonetheless the most popular within all boy names in its group. In 2018, Clyde was used 17% more than the subsequent ranked name, Kelvin. Clyde has in the past century been predominantly given to baby boys. In 1932, Clyde as a baby boy name outnumbered its use as a girl name by 48 times.

There are no famous persons named Clyde. 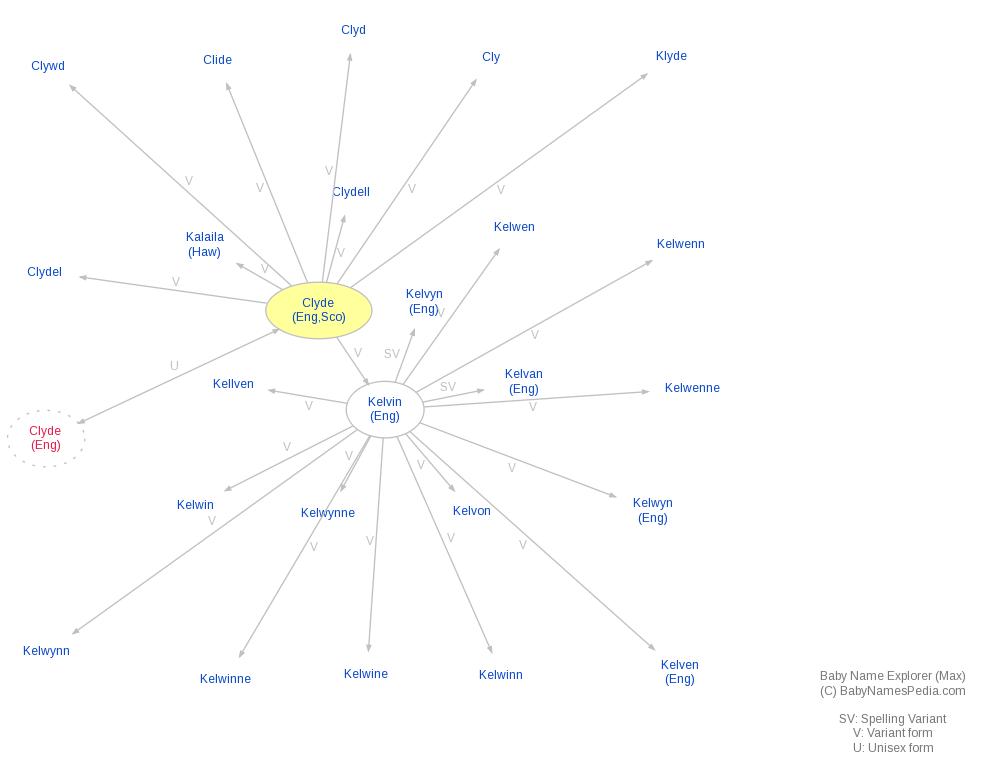