What does Collen mean?

Collen is derived from Old Greek origins. The name could have developed from Colle (Medieval), the medieval form of Colin, or it could be from the Gaelic Coileain, or else it could be of Old Norse origin.

Collen's origin is Old Norse. The meaning here is dark. The first name could be from the surname Koli (Old Norse), which was given in medieval times to people living in estates of disputed ownership.

Collen is an English variant spelling of the name Colin (English, Scottish, and French).

Collen is an infrequently used baby name for boys. It is not listed in the top 1000 names. In 2018, out of the group of boy names directly linked to Collen, Colin was the most popular. 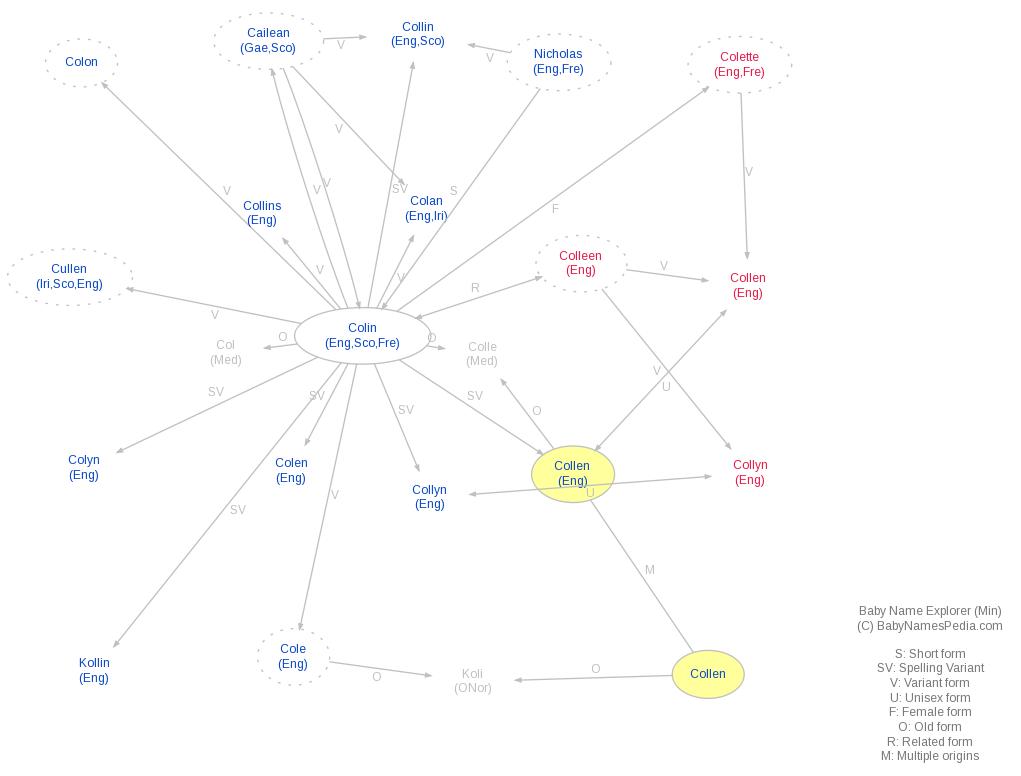