What does Colman mean?

[ 2 syll. col-man, co-lm-an ] The baby boy name Colman is also used as a girl name. It is pronounced as KOWLMAHN †. Colman is largely used in the English and Irish languages, and its origin is Latin. A biblical name, it is derived from the element 'columba' which means dove. Columbanus (Latin) is an original form of Colman. Columbanus is itself from Columba. The name was borne by Saint Columbanus (540-615), an Irish missionary known for founding a number of monasteries in the Frankish and Italian kingdoms. In Ireland, the name was borne by several saints known as Saint Colman.

Cole (English contraction) and Coleman (English and Irish variant spelling) are other forms of Colman.

Colman is not regularly used as a baby name for boys. It is not listed in the top 1000 names. In 2018, among the group of boy names directly linked to Colman, Cole was the most commonly used. 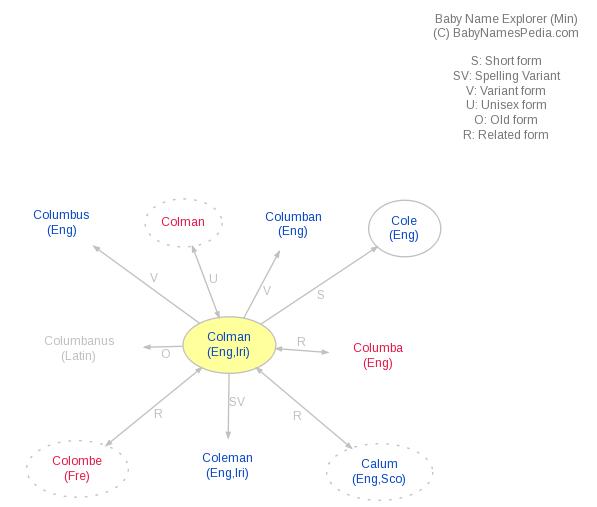