What does Colt mean?

[ 1 syll. col(t), co-lt ] The baby boy name Colt is pronounced KowLT †. Colt's origin is English and Old English, and its use, English. English origin: Its meaning is literally from the ordinary word colt. The first name is derived from the name of the firearm.

In addition, Colt is a variant form of the English Colter.

Colt is also a short form of the English Colton.

Colt is popular as a baby name for boys, and it is also considered trendy. The name has been increasing in popularity since the 2000s. At the modest height of its usage in 2018, 0.084% of baby boys were given the name Colt. It ranked at #236 then. Within all boy names in its group, Colt was the 2nd most popular after Colton in 2018. The name was thrice as popular as Colt in that year. 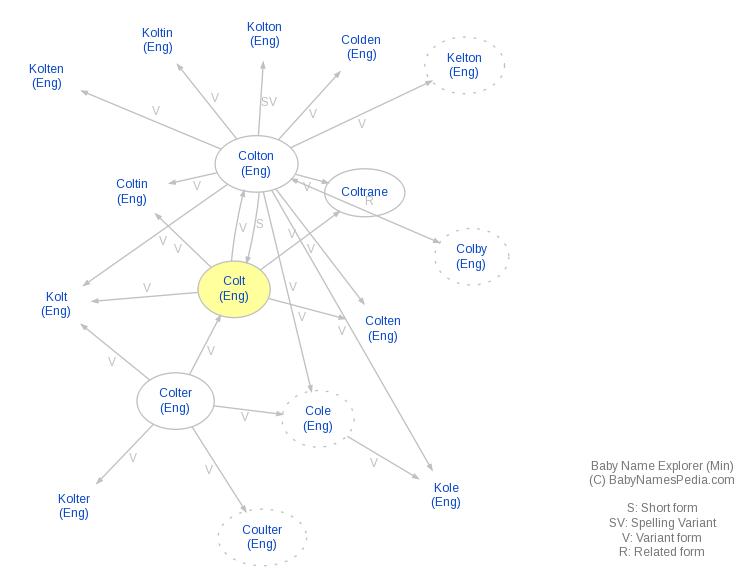