What does Colton mean?

[ 2 syll. col-ton, co-lt-on ] The baby boy name Colton is pronounced as KOW-LTahN †. Colton is primarily used in the English language. Its language of origin is English and Old English. From Old English roots, its meaning is coal town, Cola's town, Koli's town. It is from the words 'kol' meaning coal, black ; 'tun' town, settlement, homestead. The first name is derived from the Old English surname, which is itself from a place name meaning 'coal town', or else 'Cola's town' or 'Koli's town'; Cola is an Old English name and Koli is its Old Norse equivalent.

Colton is a form of the English name Colt. 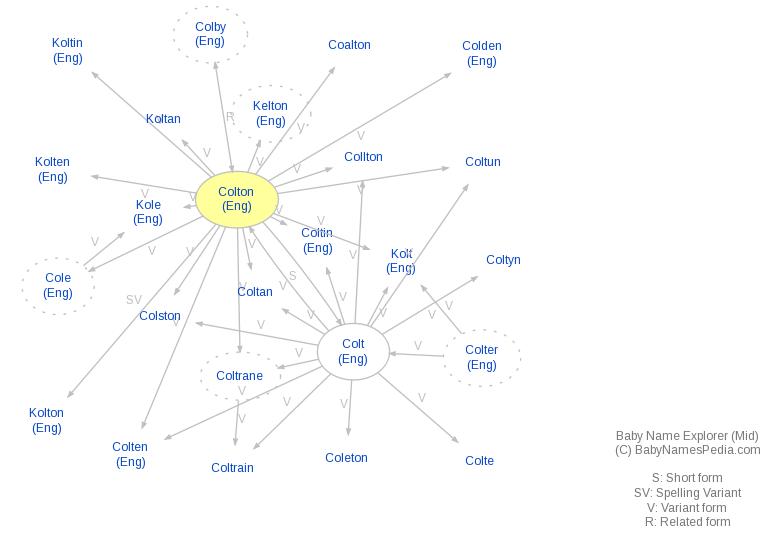