What does Concha mean?

[ 2 syll. con-(c)ha, co-n-cha ] The baby girl name Concha is pronounced as KAANCHAH †. Concha's origin and use are both in the Spanish language. The name means sea shell.

In addition, Concha is a diminutive of the Spanish name Concepción.

A variant form of Concha is the Spanish diminutive Conchita.

Concha is rare as a baby girl name. At the modest peak of its usage in 1925, 0.006% of baby girls were given the name Concha. It had a ranking of #862 then. The baby name has declined in popularity since then, and is today used on a very light scale. Out of all girl names in its family, Concha was nonetheless the most regularly used in 2018. 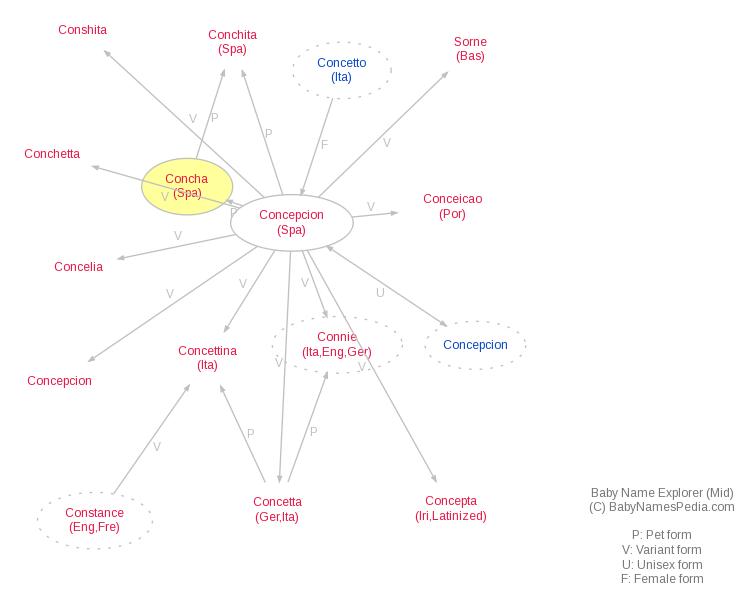