What does Condoleezza mean?

[ 4 syll. con-do-lee-(z)za, co-ndolee-zza ] The baby girl name Condoleezza is pronounced as KaaNDow-LIY-Zaa- †. Condoleezza is used mostly in the English language and it is of Italian origin. The name's meaning is sweetness.

Condoleezza is rarely used as a baby name for girls. It is not ranked within the top 1000 names. 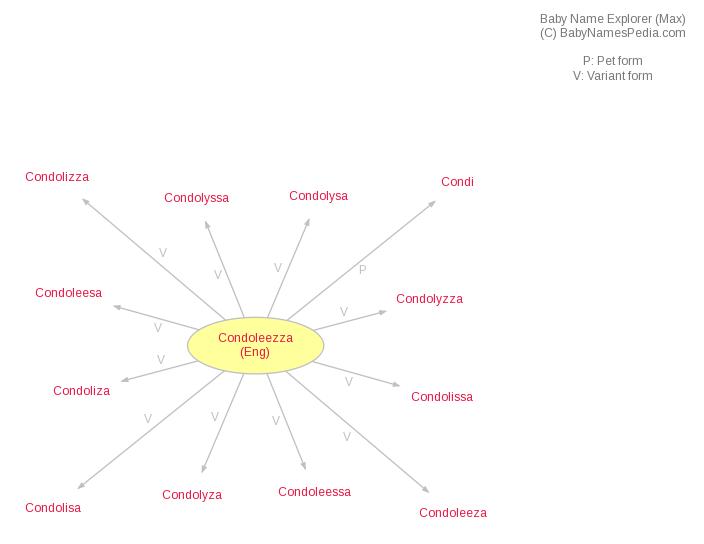