What does Connor mean?

[ 2 syll. con-nor, co-nn-or ] The baby boy name Connor is sometimes used as a girl name. Its pronunciation is KAAN-ahR in English †. Connor is an English and Irish name of Celtic origin. The name is of the meaning dog lover; high desire. It is derived from the elements 'cú' meaning dog, hound, wolf ; 'chobhar' help, support. Conchobar (Old Irish) and Conchobhar (Old Irish) are older forms of Connor. The name probably means 'dog lover', but it is often interpreted as 'high desire' from its association with Conn. It was originally bestowed upon hunters. In the Ulster Cycle of Irish mythology, Conchobar mac Nessa was a semi-legendary king of Ulster.

In addition, Connor is a variant of the name Conan (English).

Connor is popular as a baby name for boys. The name's popularity rose from the 1980s up to the 2000s; before that, it was of sporadic use only. At the modest height of its usage in 2004, 0.476% of baby boys were given the name Connor. Its ranking then was #38. The baby name has since experienced a fall in popularity. In 2018, its usage was 0.314% and its ranking #57, but it was nonetheless the most popular within all boy names in its group. In 2018, Connor was more widely used than the next most popular name, Conor, by 6 times. Connor has in the past century been predominantly given to baby boys.

Baby names that sound like Connor include the name Conor (English and Irish) and the name Kenjiro (Japanese). 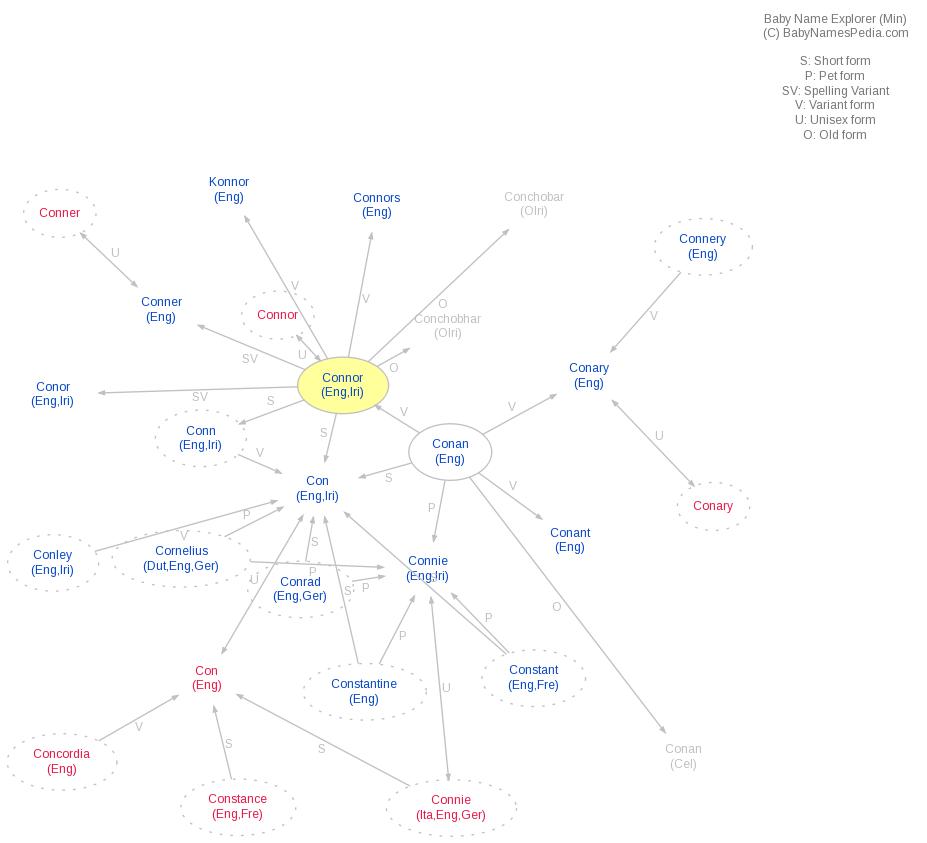