What does Constant mean?

[ 2 syll. con-(s)tan(t), co-nsta-nt ] The baby boy name Constant is also used as a girl name. Its pronunciation is KAAN-STahNT in English †. Constant is largely used in the English and French languages, and it is derived from Latin origins. It is derived from the elements 'constare' meaning to withstand ; 'constantis' steadfast, constant. Constans (Latin) is an older form of Constant. The first name was not common in the medieval period. It was adopted by the Puritans after the Reformation, during the vogue for 'virtue' names.

Constant is a short form of the name Constantine (English).

The name Constance (English and French) is the female equivalent of Constant.

Constant is an infrequently used baby name for boys. It is not listed in the top 1000 names. 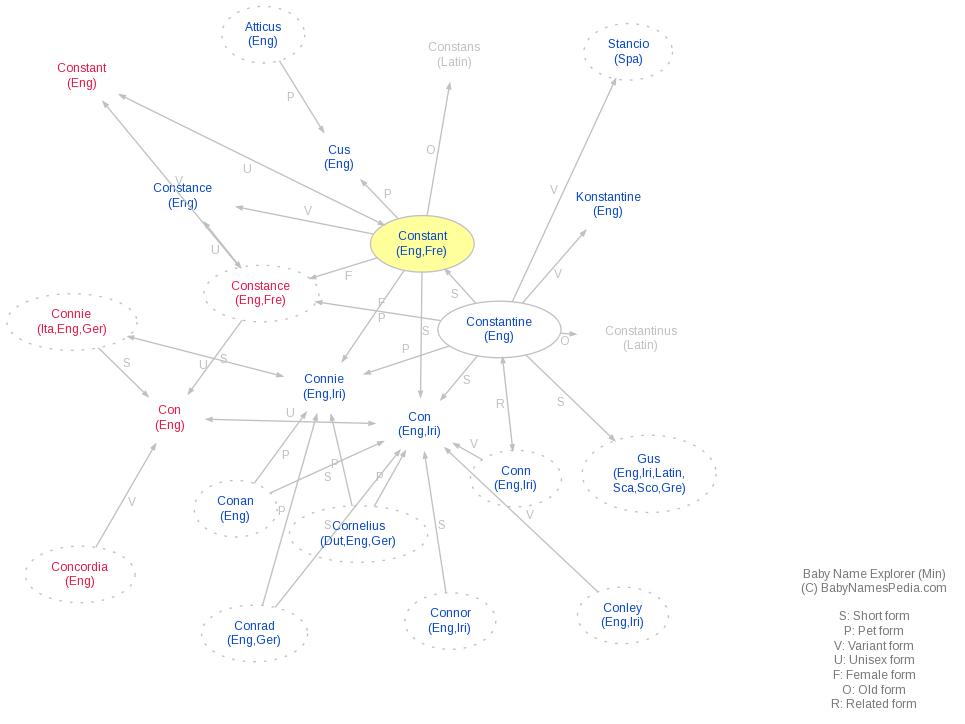