What does Constantine mean?

[ 3 syll. con-(s)tan-ti-ne, co-nstant-ine ] The baby boy name Constantine is sometimes used as a girl name. Its pronunciation is KAAN-STahN-TiyN in English †. Constantine is used chiefly in the English language and it is derived from Latin origins. It is derived from the elements 'constare' meaning to withstand ; 'constantis' steadfast, constant. Constantinus (Latin) is an older form of Constantine. The name was borne by many Roman rulers, the earliest and most famous being Constantine the Great (272-337), the first Christian Roman emperor; he reversed the persecutions of his predecessor, Diocletian. He also transformed the ancient Byzantium into a capital city, and named it Constantinople; the modern name of the city is Istanbul. The name gained in royal associations as it was later borne by three early Scottish kings as an Anglicized form of the name Conn, by the Pictish King Constantine mac Fergus (781-820), and by two kings of Greece. It dropped off in use after the Reformation, and was adopted by English speakers in the 19th century amidst a revival in classical names. The name Constance (English and French) is the female form of Constantine.

Constantine is uncommon as a baby name for boys. At the modest height of its usage in 1915, 0.012% of baby boys were given the name Constantine. It ranked at #545 then. The baby name has since experienced a substantial loss in popularity, and is today of sporadic use. In 2018, within the group of boy names directly linked to Constantine, Gus was the most widely used. Constantine has mostly been a baby boy name in the past century. 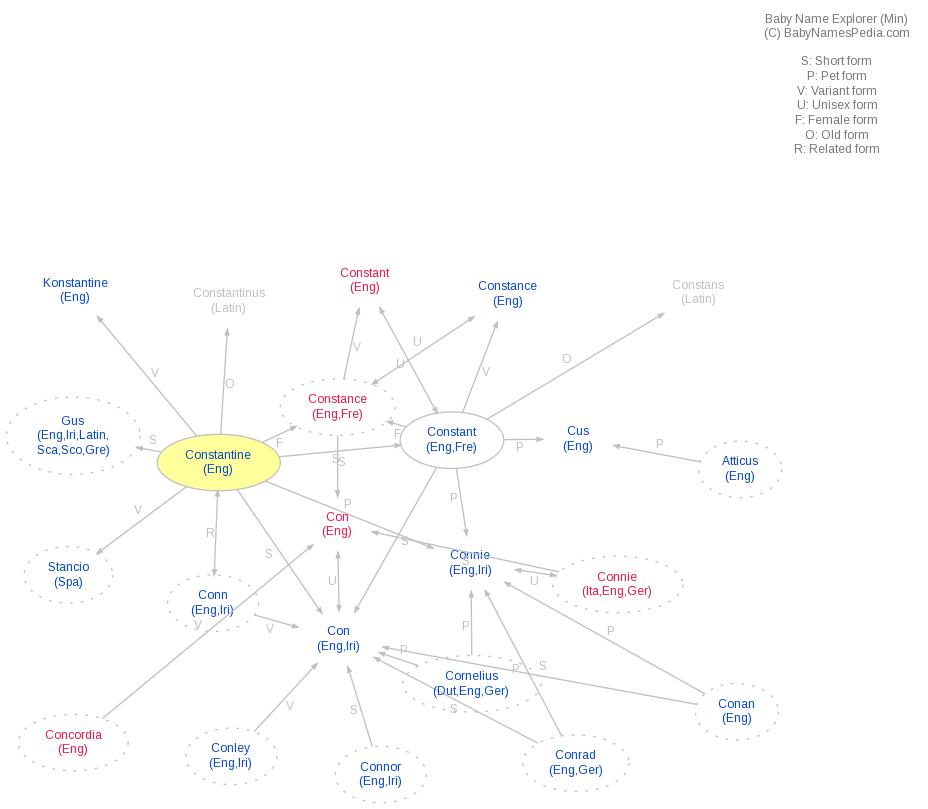