What does Coral mean?

[ 2 syll. co-ral, cor-al ] The baby girl name Coral is pronounced as KAOR-aeL †. Coral is primarily used in the English language and its language of origin is also English. The name Coral was first used in the late 19th century, derived from the name of the marine coral amidst the fad for coral jewellery. The French form Coralie is older, having been in use as early as the 18th century. The English word 'coral' is itself derived from the Late Latin 'corallium', which is possibly of Semitic origin. The name is sometimes taken as a variant of Cora.

The name Coral is widely used; it has 31 forms that are used in English and other languages. Forms of Coral used in English include Coraal, Coralea, Coraleah, Coralee, Coralena, Coralene, Coralia, Coralin, Corall, Corallina, Coralline, Coraly, Coralyn, Coralyne, Corel, Corele, Corell, Corella, Corelle, Coril, Corill, Corilla, Corral, Coryl, Coryll, Koral, and Korall. The diminutives Coralie (used in French too), Coraline (used in French too), and Cory are other English forms. A form of the name in other languages is the Italian Coralina.

Variant forms inherit the origin and meaning of the name Coral.

Coral is an unusual baby girl name. Its usage peaked modestly in 1992 with 0.010% of baby girls being given the name Coral. It had a ranking of #990 then. The baby name has experienced a fall in popularity since then, and is now used on an infrequent scale. In 2018, among the family of girl names directly linked to Coral, Cora was the most widely used. 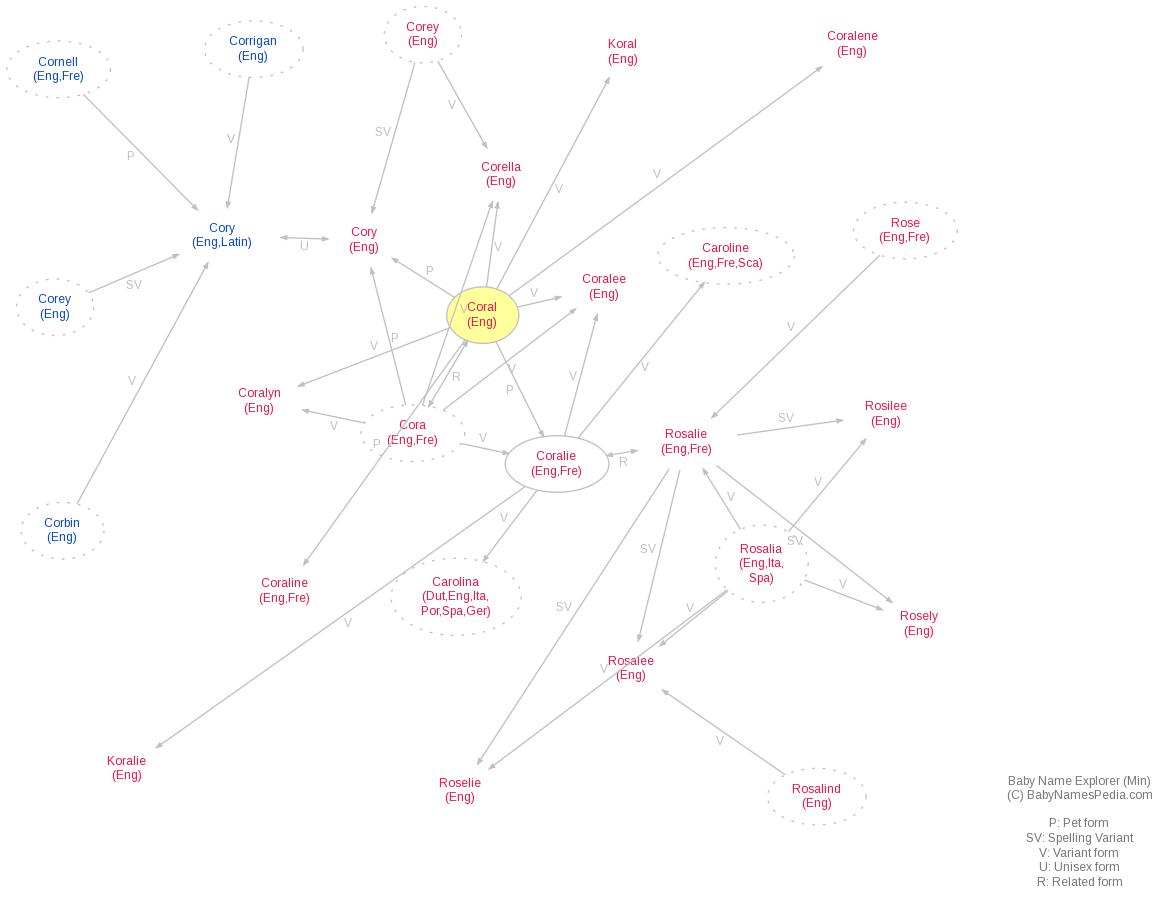