What does Cornelius mean?

[ 4 syll. cor-ne-liu(s), co-rneli-us ] The baby boy name Cornelius is pronounced as KahR-NIY-Liy-ahS in English or KaoR-NEY-Liy-ahS in Dutch †. Cornelius is used chiefly in the Dutch, English, and German languages, and its origin is Latin. The name is of the meaning war horn. A biblical name, it is derived from the elements 'cornu' meaning horn ; 'belli' war. Cornelius (Latin) is an older form of Cornelius. The Cornelii clan was one of the most important families in ancient Rome. In the Bible, Cornelius was a Roman centurion converted to Christianity by Peter; he is traditionally known as the first gentile convert. The name was also known from Pope Saint Cornelius (-253), whose relics were taken to Flanders. Other early saints also bore the name, especially in the Low Countries. It was thus from the Netherlands that the name was introduced to English speakers later in the 15th century, and it has since often been associated with people of Dutch roots. It has also appeared in literature, as the name of minor characters in Shakespeare's Hamlet (1599-1601) and Cymbeline (1611). In the 19th century, the name was popular with Afro-Americans. The name Cornelia (Dutch, English, German, Italian, and Romanian) is the female form of Cornelius.

Cornelius is uncommon as a baby name for boys. At the height of its usage in 1904, 0.076% of baby boys were given the name Cornelius. Its ranking then was #172. The baby name has since markedly declined in popularity, and is today of very modest use. Within the group of boy names directly linked to Cornelius, Neil was the most popular in 2018. 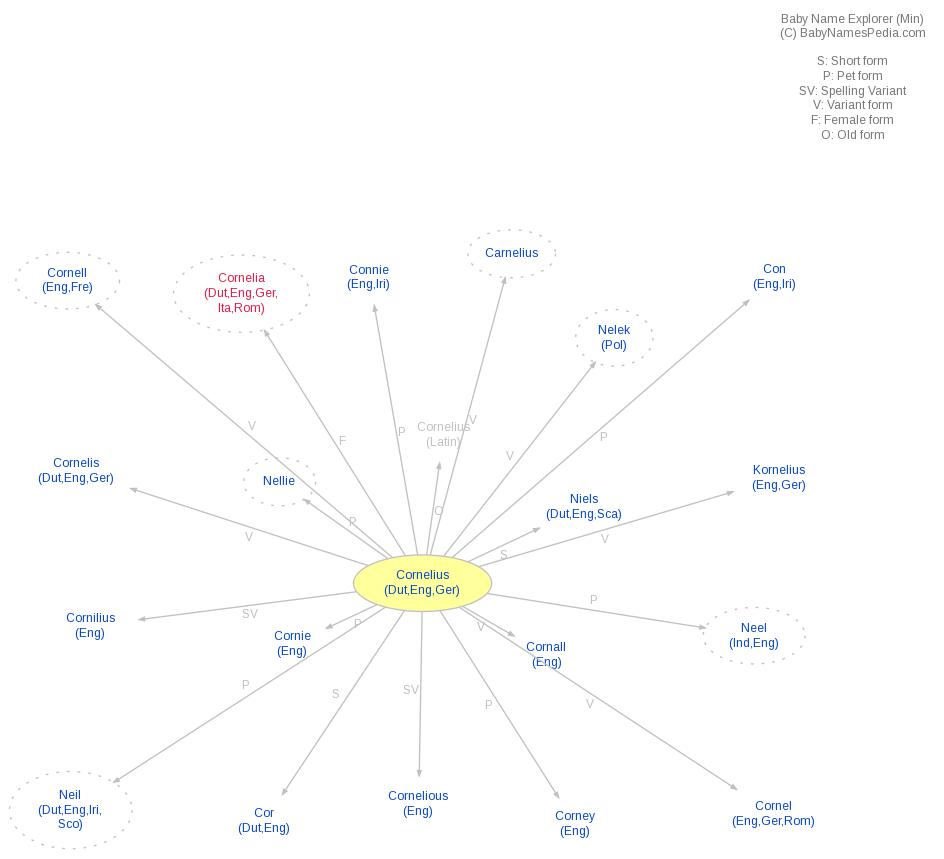