What does Courtney mean?

[ 2 syll. cou-(r)tney, co-urtn-ey ] The baby girl name Courtney is also used as a boy name, though it is far more popular for girls. It is pronounced KAORTNiy- †. Courtney's origin is Old French, and its use, English. The name Courtney means 'short nose; domain of Curtius; domain of the short one'. It is derived from court meaning 'short' ; nez 'nose' ; curtus 'short'. The feminine name was first used in 20th century, starting from the USA. See Courtney for more information.

What are the Variant Forms of Courtney?

See also the related form, the English and German Curtis.

Courtney is uncommon as a baby girl name. At the height of its usage in 1990, 0.749% of baby girls were named Courtney. It had a ranking of #17 then. The baby name has substantially dropped in popularity since then, and is of only irregular use today. Within all girl names in its family, Courtney was nevertheless the most widely used in 2018. Although Courtney is used more commonly as a baby girl name today, there was a period prior to 1961 that it was more popular with boys. After 1962, increasingly the name became more popular with baby girls than with boys. There were 25 times more baby girls than boys who were named Courtney in 2001. 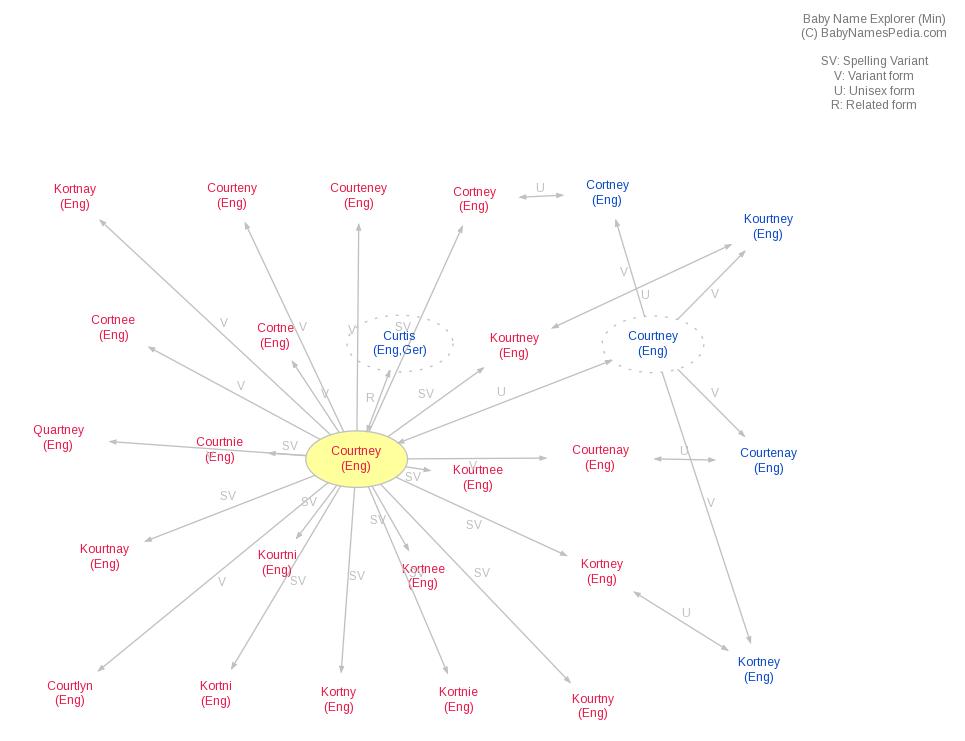