What does Cullen mean?

[ 2 syll. cul-len, cu-ll-en ] The baby boy name Cullen is also used as a girl name, but the use for boys is much more common. Its pronunciation is KAHL-ehN †. Cullen is largely used in the Irish, Scottish, and English languages, and its origin is Old Greek, Celtic, and Old French. The first name is derived from the English surname, which is itself from the Old French form of Cologne, an ancient German city founded by the Romans in 38BC.

Cullen is an Irish variant of the name Colin (English, Scottish, and French).

Cullen is also an Irish and Scottish variant of the name Cullan (Irish, Scottish, and English).

Cullen is a fairly popular baby name for boys. The name's popularity has been rising since the 1970s. At the modest peak of its usage in 2010, 0.033% of baby boys were given the name Cullen. Its ranking then was #413. In 2018, its usage was 0.024% and its ranking #589. Out of the group of boy names directly linked to Cullen, Colin was the most frequently used. In 2018, the name was thrice as popular as Cullen. In the past century Cullen has predominantly been a baby boy name. 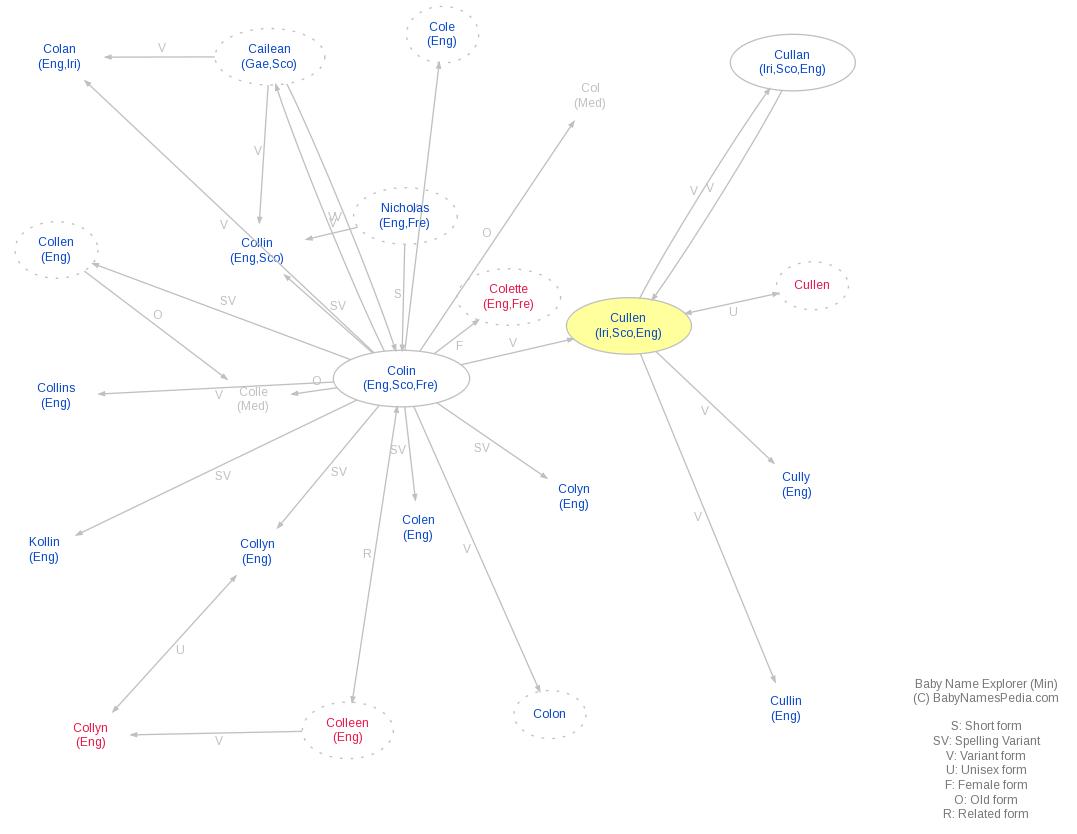