What does Cynthia mean?

[ 3 syll. cyn-(t)hia, cy-nth-ia ] The baby girl name Cynthia is pronounced in English as SIHN-THiy-ah †. Cynthia is primarily used in English, German, and Greek. It is of Old Greek origin. The name Cynthia means woman from Kynthos. An original form of the name is Kynthia (Old Greek). The name Kynthia was borne in Greek mythology as an epithet of Artemis, the Greek goddess of the moon and of hunting; she was supposed to have been born on Mount Kynthos on the island of Delos in the Aegean Sea. The place name is ultimately of pre-Greek origin. In literature, it first appeared as the name of the woman to which the love poetry of the 1st-century Roman poet Propertius was addressed. The English given name was however not used in the medieval period; it was first adopted by English speakers during the classical revival from the late 16th to the 18th centuries, where it commonly appeared in literature as the poetical reference for Elizabeth I as used by Edmund Spenser, Ben Jonson, and other famed writers.

What are the Variant Forms of Cynthia?

Cynthia is a classic favorite. Currently it is still rather popular as a baby girl name, but not as much as it was in the past. The name grew in popularity from the 1900s up to the 1950s. Its usage peaked in 1957 with 1.874% of baby girls being named Cynthia. It had a ranking of #7 then. The baby name has substantially dropped in popularity since then. In 2018, its usage was only 0.022% and its ranking #693, but it was nevertheless the most regularly used among all girl names in its family. The name Cynthia has mainly been a baby girl name, though it has also been given to boys in the last century. There were 298 times more baby girls than boys who were named Cynthia in 1967. 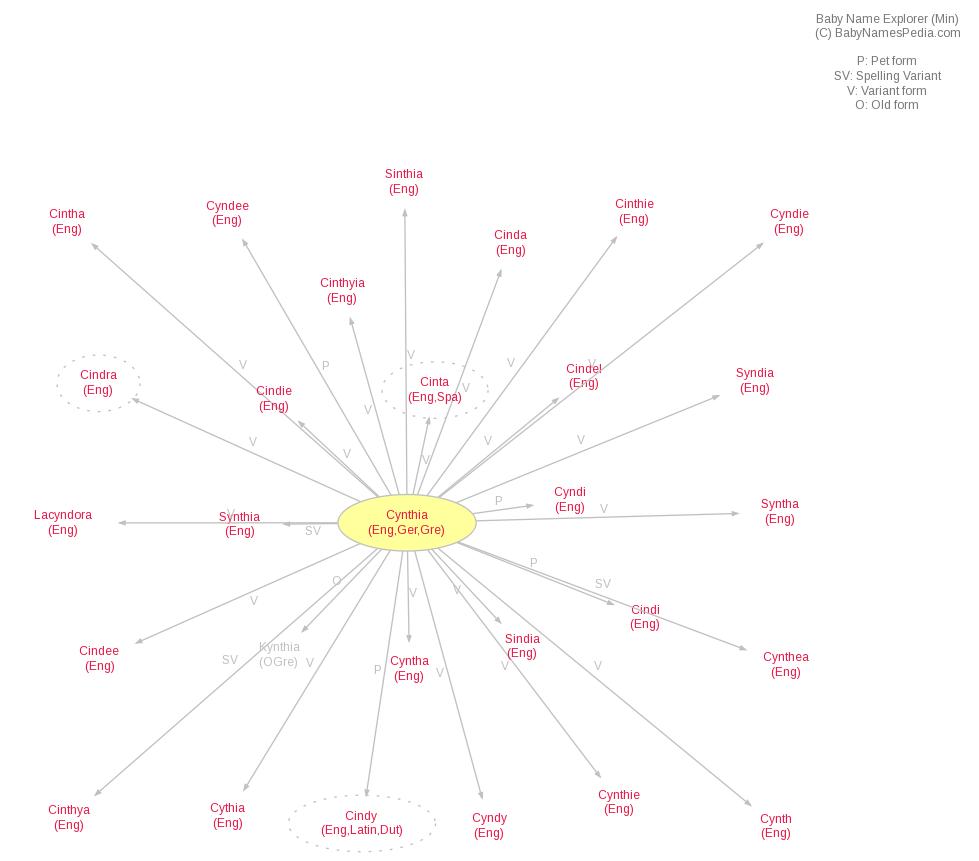