What does Cyprian mean?

[ 3 syll. cy-prian, cyp-ri-an ] The baby boy name Cyprian is pronounced as SIHP-Riy-ahN in English †. Cyprian is largely used in the English, German, and Polish languages, and it is derived from Latin origins. The name's meaning is man from Cyprus. Cyprianus (Latin) and Kyprianos (Old Greek) are older forms of Cyprian. The first name is derived from the Roman surname Cyprianus, which is from the island name Cyprus, of the element 'kupros'. The name was borne by the 3rd-century Saint Cyprianus from Antiochia, a bishop of Carthage and one of the greatest early Christian writers. The name was first adopted by English speakers during the medieval period. In recent times, the popularity of the name has possibly been affected by its modern use as a slang for 'prostitute'. The name Cypria (Greek) is the female equivalent of Cyprian.

Cyprian is infrequently used as a baby name for boys. It is not listed in the top 1000 names. 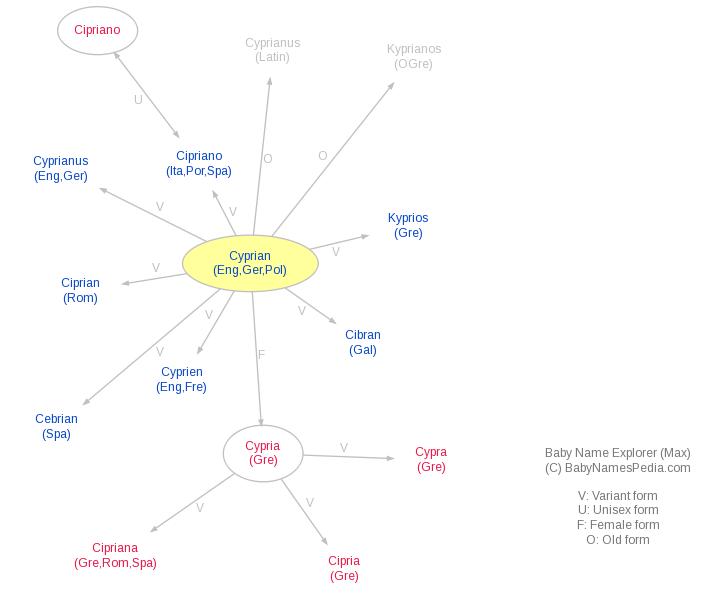