What does Cyrano mean?

[ 3 syll. cy-ra-no, cyr-ano ] The baby boy name Cyrano is pronounced SIHR-ah-Now (English) †. Cyrano has its origins in the Old Greek language. Cyrano's meaning is 'from Cyrene'.

Another variant of the name is the contracted form Cyr.

Cyrano is uncommon as a baby name for boys. It is not in the top 1000 names. 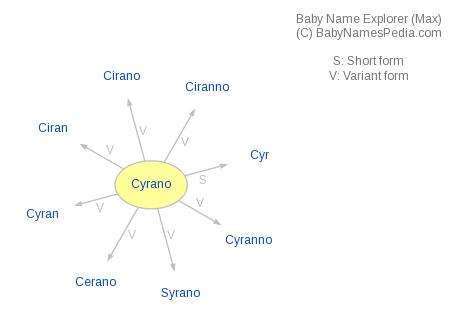