What does Dag mean?

[ 1 syll. dag, da-g ] The baby boy name Dag is pronounced as DaeG †. Dag is a Scandinavian name of Old Norse origin. It is derived from the word 'dagr' with the meaning day. An older form of the name is Dagr (Old Norse). In Norse mythology, Dagr was the personification of day. He was the son of the god Dellingr and the goddess Nótt, who personified night. 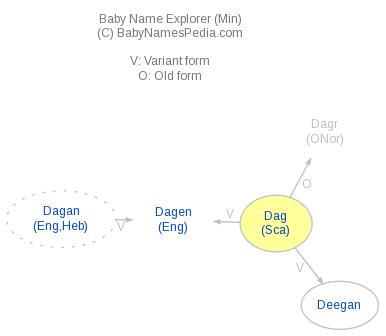