What does Dagmar mean?

[ 2 syll. da-gmar, dag-m-ar ] The baby girl name Dagmar is pronounced as DAA-JHMaa-R †. Dagmar is largely used in Czech, German, and Scandinavian. It is derived from Old Norse and Slavonic origins. Old Norse origin: It is derived from the words 'dagr' meaning day ; 'mar' maid. The name is of obscure origin; it could also be of Slavonic roots. It is usually used by English speakers with Scandinavian roots.

In addition, Dagmar is a German and Scandinavian variant transcription of the name Dragomira (Romanian and Slavic).

Dagmar is uncommon as a baby girl name. At the modest height of its usage in 1907, 0.007% of baby girls were named Dagmar. It was #777 in rank then. The baby name has slipped in popularity since then, and is now of infrequent use. Within all girl names in its family, Dagmar was nevertheless the most popular in 2018. 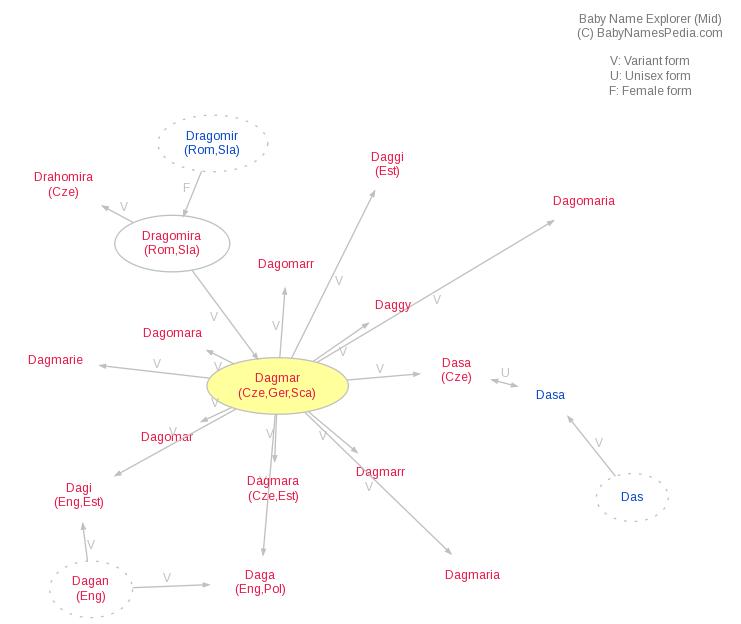