What does Dalia mean?

Dalia is used mostly in the English and Hebrew languages. It is of Hebrew origin. The name means tree branch. Its meaning is derived from the word 'daliyah'.

Dalia's origin and use are both in the Lithuanian language. The meaning here is 'luck, fate'. In Lithuanian mythology Dalia was a goddess of fate and weaving; she was sometimes taken as a manifestation of Laima, another goddess of fate.

In addition, Dalia is a variant spelling (Arabic, English, German, Hebrew, Italian, and Spanish) of the English and German name Dahlia.

Dalia is also a derivative (Swahili) of the African, English, Swahili, French, and Italian name Dalila.

Dalia is also a derivative of the English and German name Delilah.

Dalia is rare as a baby girl name. At the modest peak of its usage in 1994, 0.026% of baby girls were named Dalia. It was #485 in rank then. The baby name has suffered a substantial drop in popularity since then, and is currently used only on an infrequent scale. In 2018, out of the family of girl names directly related to Dalia, Delilah was the most commonly used. 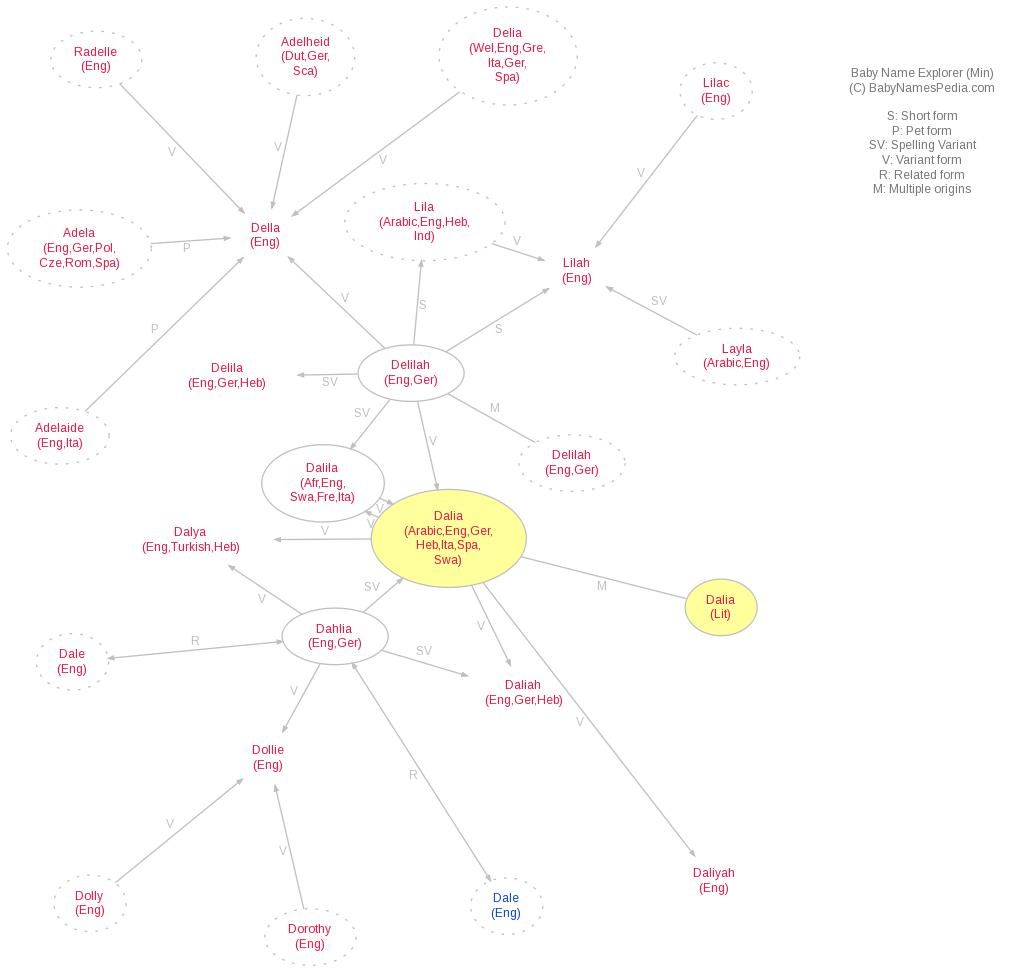