What does Dalila mean?

[ 3 syll. da-li-la, dal-ila ] The baby girl name Dalila is pronounced as D-ahLIY-Laa- †. Dalila is used predominantly in African, English, Swahili, French, and Italian, and its origin is Hebrew and African-Swahili. From African-Swahili roots, its meaning is gentle - in this context, Dalila can be used in the African, English, and Swahili languages.

Dalila is a variation of Dalia.

Dalila is also a spelling variant (French and Italian) of the name Delilah (English and German).

Dalia (Swahili), Dalida, Dalilah, and Dalilia are variations of Dalila.

Dalila is not popular as a baby name for girls. It is not listed within the top 1000 names. In 2018, among the group of girl names directly related to Dalila, Delilah was the most popular. 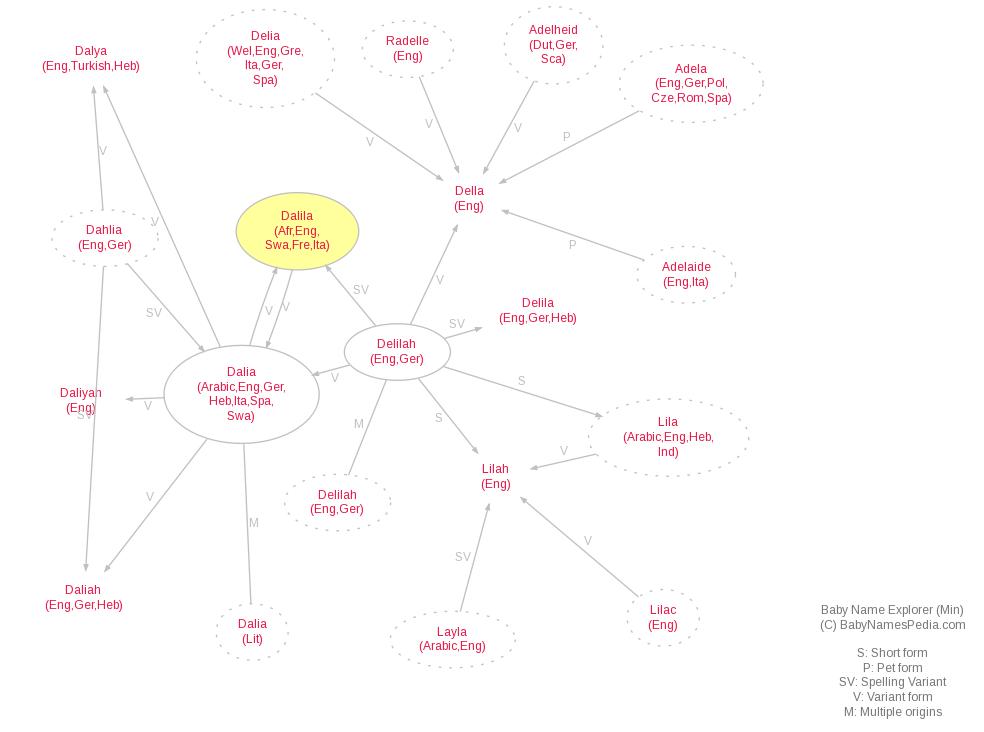