What does Dallin mean?

[ 2 syll. dal-lin, da-ll-in ] The baby girl name Dallin is also used as a boy name, with the latter form being far more popular. It is pronounced as DAEL-ahN †. Dallin's language of origin is English and Scottish. It is predominantly used in English.

Dallin is a form of the English Dale.

Dallin is also a form of the English Dallas.

Dallin is not often used as a baby girl name. It is not in the top 1000 names. In 2018, among the family of girl names directly related to Dallin, Dallas was the most popular. In the last century Dallin has primarily been a boy name. 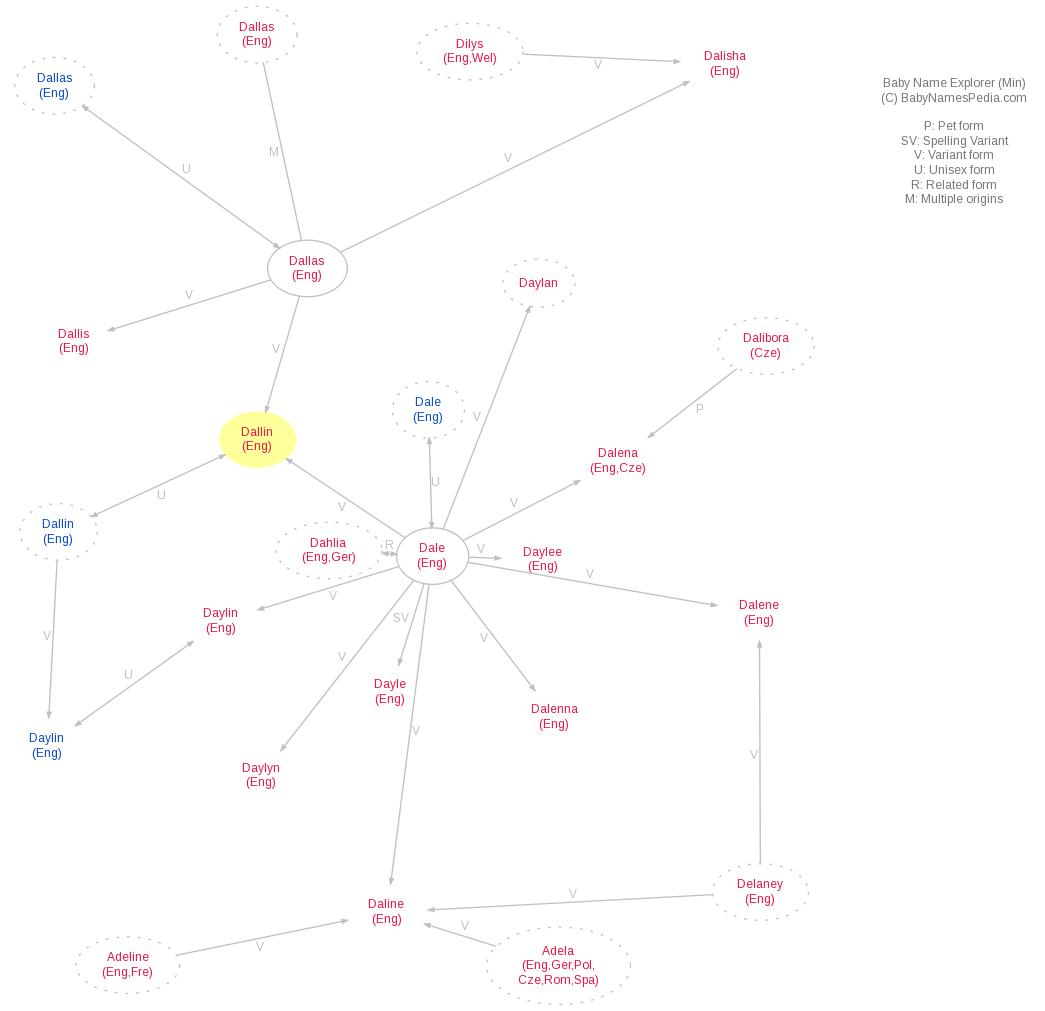