What does Dallin mean?

[ 2 syll. dal-lin, da-ll-in ] The baby boy name Dallin is sometimes used as a girl name. Its pronunciation is DAEL-ahN †. Dallin is used predominantly in the English language, and it is derived from English and Old English origins. The name is obscure meaning; it could be from the English place name Dalling meaning 'settlement of the descendants of Dalla' in reference to the Anglo-Saxon name Dalla.

In addition, Dallin is a variant of the name Dale (English).

Dallin is a rare baby name for boys. At the modest peak of its usage in 2002, 0.011% of baby boys were given the name Dallin. Its ranking then was #739. The baby name has since steeply fallen in popularity, and is currently of irregular use. Out of all boy names in its group, Dallin was nonetheless the most widely used in 2018. In the past century Dallin has predominantly been a baby boy name. 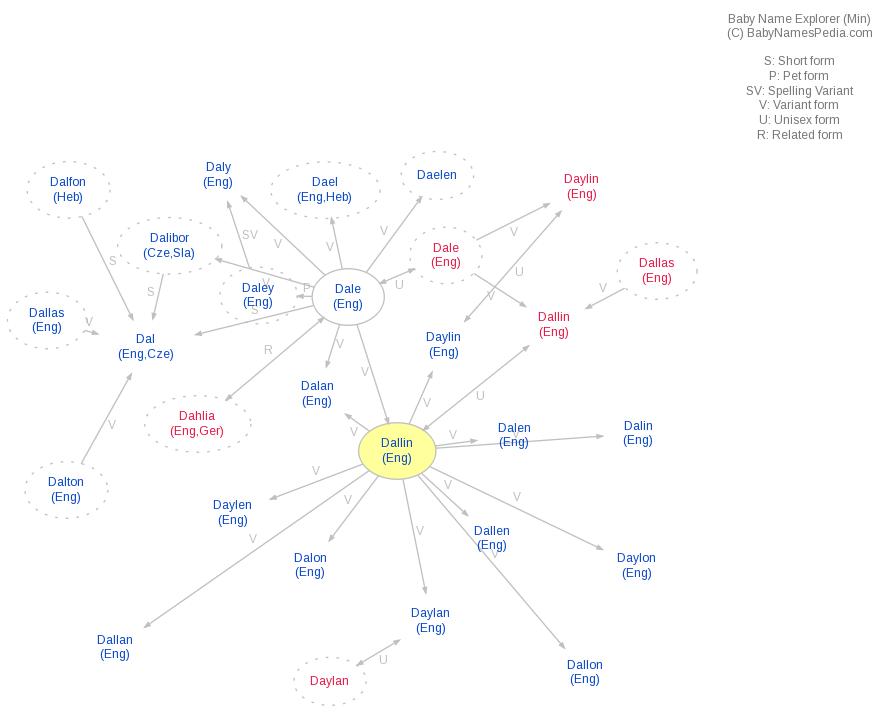