What does Damian mean?

[ 3 syll. da-mian, dam-i-an ] The baby boy name Damian is pronounced as DEY-Miy-ahN (English) or DAAM-YaaN (Polish) †. Damian is largely used in the English, German, Polish, and Russian languages, and it is derived from Old Greek origins. The name's meaning is tamer. It is derived from the element 'daman' meaning to tame, to subdue, to kill. Damianos (Old Greek) and Damianus (Latin) are old forms of Damian. The name was borne by the 4th-century Saint Damian, the patron saint of physicians, who was martyred together with his brother Saint Cosmas in Cilicia. Due to the fame of the saint, the name was popular among early Christians. The name was also borne by Saint Peter Damian, an 11th-century Italian theologian and Doctor of the Church. The given name was first used by English speakers in the 13th century. In recent times, it saw a decline in use for a few years, after the form Damien appeared as the name of the Antichrist child in the film The Omen (1976). The name Damiana (Italian) is the female equivalent of Damian.

What are the Variant Forms of Damian? 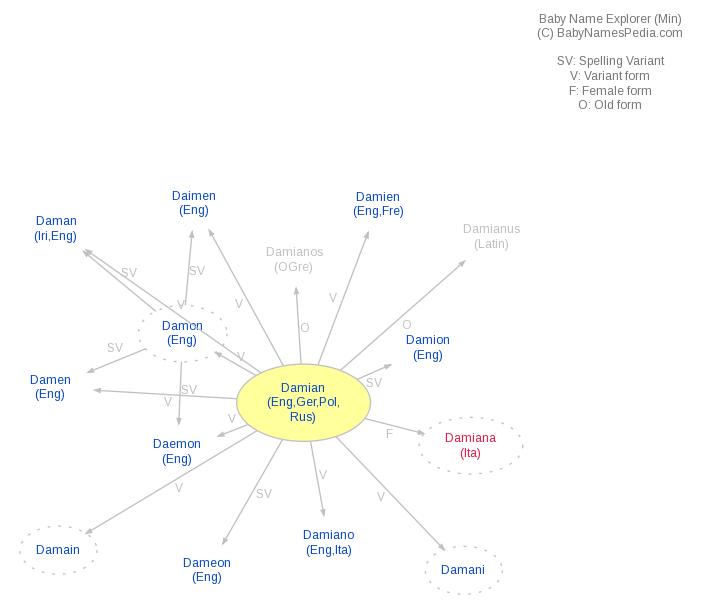