What does Daniella mean?

[ 4 syll. da-niel-la, dan-ie-lla ] The baby girl name Daniella is pronounced Dae-N-iy-EHL-aa- †. Daniella is of Old English and Hebrew origin, and it is used largely in the German and Italian languages.

Daniella is a form of the English, Czech, German, Polish, Romanian, and Slavic Dana.

Daniella is also a German and Italian form of Daniela. 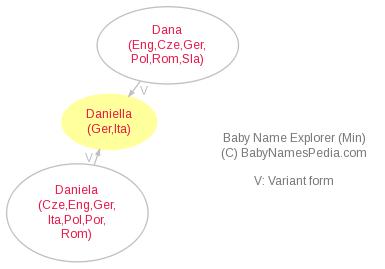