What does Dante mean?

[ 2 syll. dan-te, da-nte ] The baby boy name Dante is pronounced DAANTey- †. Dante's origin is Latin, and its use, English, German, and Italian. The name means 'enduring, steadfast'. It is derived from the word durare meaning 'to endure, to withstand'. Durante (Latin) is an older form of Dante. The name is known from the Italian poet Dante Alighieri (1265-1321) who wrote The Divine Comedy, as well as the medieval text The New Life (1295) to express his lifelong love for Beatrice. Dante is known as the 'il Sommo Poeta' (the Supreme Poet) in Italian. The romantic associations of the name thus made it popular in the Middle Ages.

What are the Variant Forms of Dante? 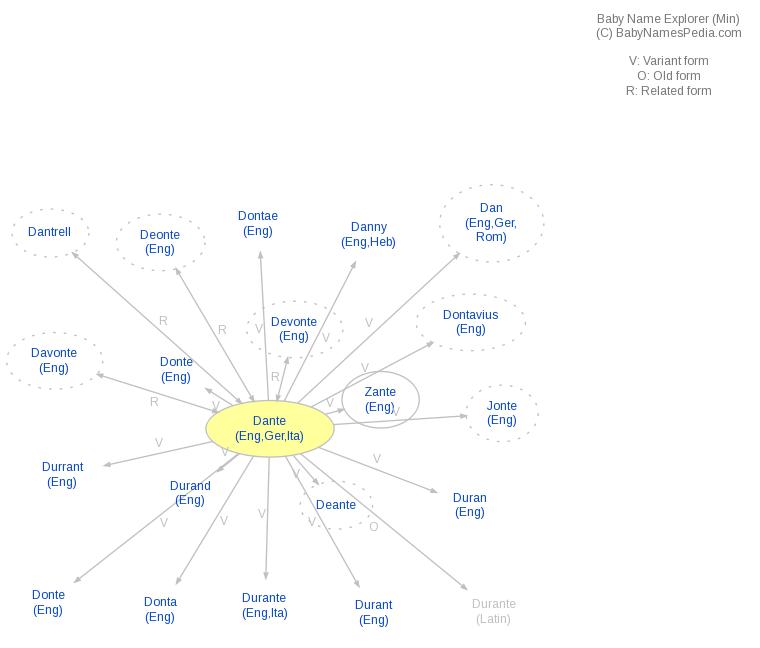