What does Danya mean?

[ 2 syll. da-nya, dan-ya ] The baby girl name Danya is also used as a boy name. It is pronounced DAE-NYaa- †. Danya has its origins in the Slavonic, Old English, and Hebrew languages. It is used largely in English, Russian, and Hebrew. Hebrew origin, English and Hebrew use: It is a biblical name derived from the word dan with the meaning 'judge'. The generic name has been used in the Old Testament of the Bible. Also used by the twelve tribes of Israel.

In addition, Danya is a form (English and Russian) of the Polish, Romanian, Russian, and Slavic Bogdana.

Danya is also a form of the English, Czech, German, Polish, Romanian, and Slavic Dana.

Danya is the feminine version of the English, German, and Romanian Dan.

Forms of the name include the English and Hebrew Dania and the Albanian Danja.

Danya is not popular as a baby girl name. It is not in the top 1000 names. In 2018, out of the family of girl names directly related to Danya, Daniela was the most frequently used. 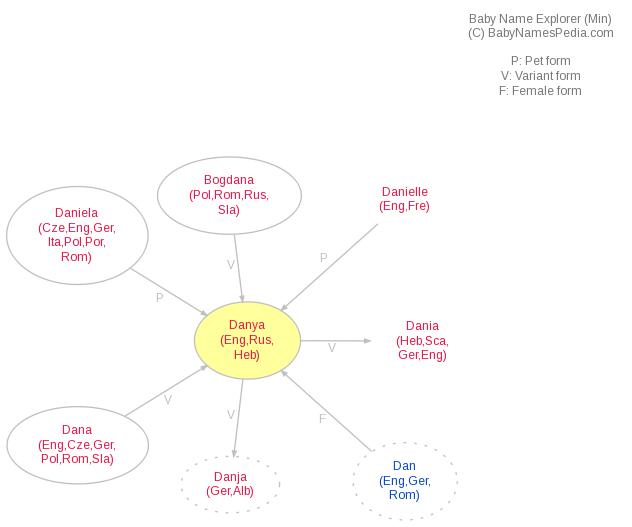