What does Darcy mean?

[ 2 syll. dar-cy, da-rcy ] The baby girl name Darcy is also used, though less often, as a boy name. It is pronounced as DAARSiy- †.

Darcy has its origins in the Old French language and it is used largely in English. The name Darcy means 'from Arcy'. It is derived from the word arx with the meaning 'fortress'. It represents the transferred use of the geographic name and the surname as a given name. See Darcy for more information.

Darcy is of Irish Gaelic origin. In Ireland, the Gaelic surname O Dorchaidhe meaning 'descendant of the dark one' is often Anglicized as the similar-sounding D'Arcy, thus it could have been another source for the first name.

Darcy is a rare baby girl name. At the peak of its usage in 1968, 0.038% of baby girls were named Darcy. It had a ranking of #349 then. The baby name has steeply dropped in popularity since then, and is currently used only on a very modest scale. Out of all girl names in its family, Darcy was nevertheless the most commonly used in 2018. 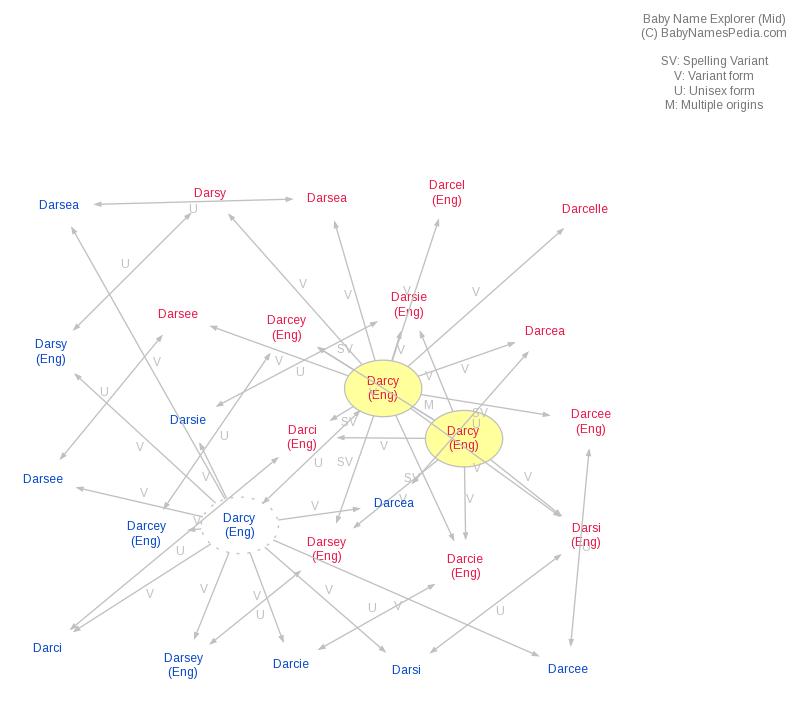