What does Daria mean?

[ 3 syll. da-ria, dar-ia ] The baby girl name Daria is pronounced DAAR-iy-ah, DAER-iy-ah or DEHR-iy-ah in English, or DAAR-Yaa in Italian, Polish and Romanian †. Daria's language of origin is Hebrew, Old Persian, and Old Greek. It is predominantly used in English, German, Italian, Polish, Romanian, and Russian. From Old Persian roots, its meaning is 'protector, wealthy, possessor of good, upholder of good' - in this context, Daria can be used in the English, German, Italian, Polish, and Romanian languages. It is derived from daraya meaning 'to possess, to hold, to maintain' ; vahu 'good, well'. An older form of the name is Dareia (Old Greek). The 3rd-century Saint Daria was martyred with her husband Chrysanthus under the Roman emperor Numerian.

In addition, Daria is a form of the English Dara.

Daria is also a familiar form (Russian) of the English Dorothy.

Daria is the feminine version of the English, German, Iranian, and Lithuanian Darius.

Daria is an uncommon baby girl name. At the modest height of its usage in 1998, 0.015% of baby girls were named Daria. It was #741 in rank then. The baby name has steeply dropped in popularity since then, and is currently used only on a very light scale. In 2018, within the family of girl names directly related to Daria, Dorothy was the most popular. 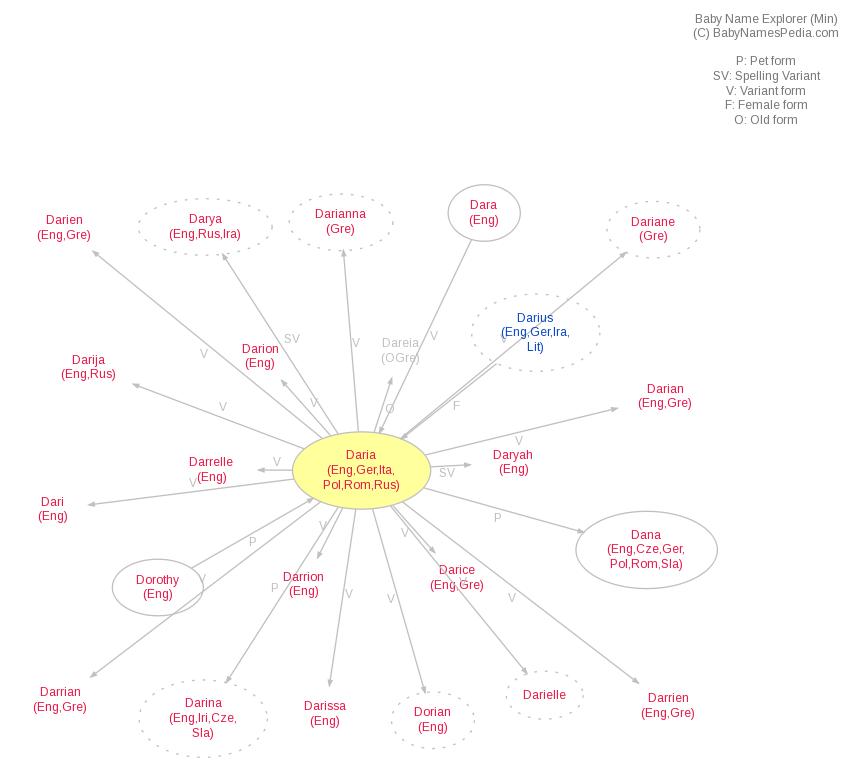