What does Darlene mean?

[ 3 syll. dar-le-ne, da-rl-ene ] The baby girl name Darlene is pronounced as DaaRLIYIYN †. Darlene is used mostly in English and it is also of English origin. The name is a recent coinage from the combination of the English word or nickname 'darling' with a feminine suffix '-lene', under the influence of names such as Arlene and Charlene. The form Darla has been popularized by the child actress Darla Hood (1931-1979).

The origin and meaning of the name Darlene is inherited by all variant forms.

Darlene is an unusual baby girl name. Its usage peaked modestly in 1958 with 0.400% of baby girls being named Darlene. It was #49 in rank then. The baby name has steeply dropped in popularity since then, and is currently used on a very light scale. Among all girl names in its family, Darlene was nevertheless the most regularly used in 2018. 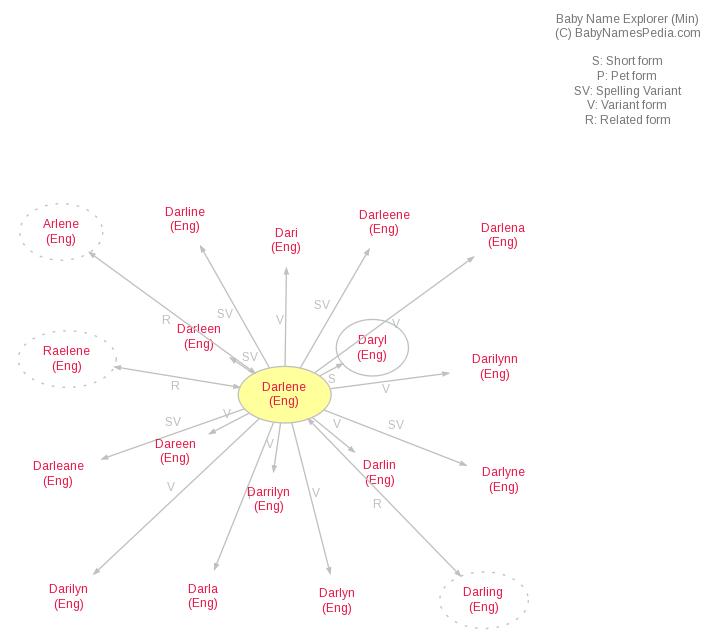