What does Darr mean?

Darr is a form of the Hebrew and English Dar.

Darr is also a contraction of the name Darrow.

Darr is an irregularly used baby boy name. It is not ranked within the top 1000. 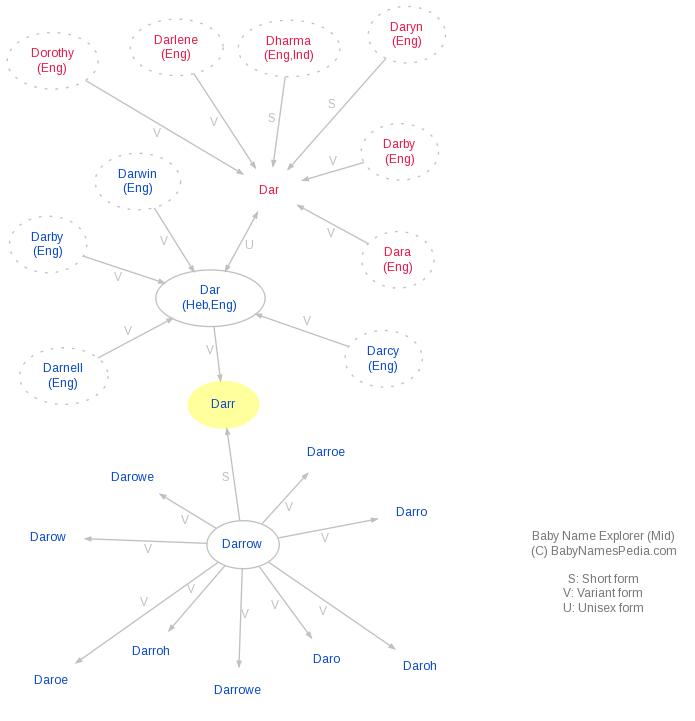