What does Darryl mean?

[ 2 syll. dar-ryl, da-rr-yl ] The baby boy name Darryl is sometimes used as a girl name. Its pronunciation is DEY-R-ahL †. Darryl is used predominantly in the English language and its origin is Old French. The name's meaning is from Airelle. The first name is derived from a Norman-French surname d'Airelle meaning someone from the town of Airelle in France. The town name is from the Latin word for 'open space' or 'courtyard', and in modern French, 'airelle' means 'mountain cranberry'. The first name has been used by English speakers since the late 19th century. The name Daralyn (English) is the female version of Darryl.

Darryl is uncommon as a baby name for boys. At the modest height of its usage in 1965, 0.260% of baby boys were given the name Darryl. It ranked at #69 then. The baby name has since experienced a substantial loss in popularity, and is currently of irregular use. In 2018, within the group of boy names directly linked to Darryl, Darren was the most popular. Darryl has mostly been a baby boy name in the past century. 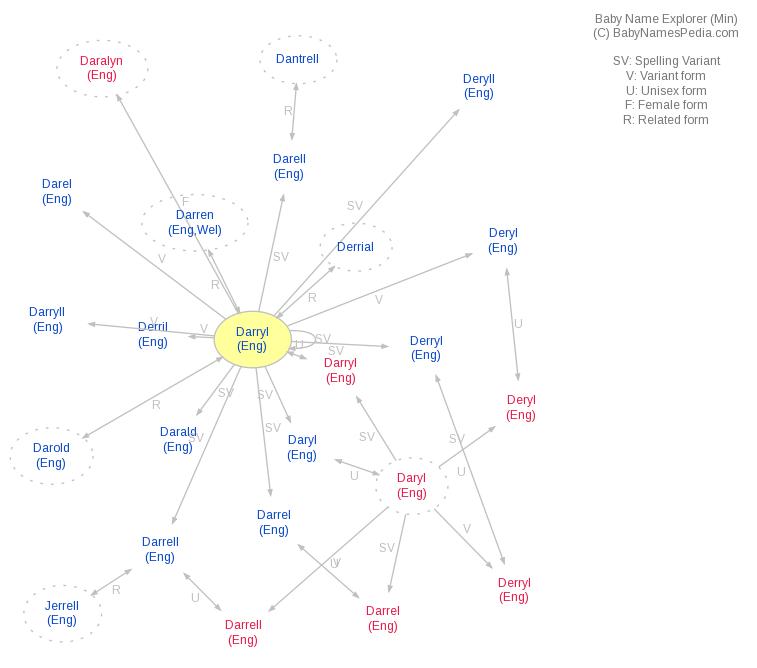