What does Darwin mean?

[ 2 syll. da-rwi(n), dar-w-in ] The baby boy name Darwin is pronounced DAA-RWihN †. Darwin's origin is Old English, and its use, English. The name's meaning is 'dear friend'. It is from deore meaning 'dear' ; wine 'friend'. The first name is derived from the surname, which itself evolved from the personal name Deorwine (Old English). The surname is famous from the naturalist Charles Darwin (1809-1882).

Darwin is an all-time favorite. Today it is still somewhat popular as a baby name for boys, though it was in more widespread use previously. At the modest height of its usage in 1935, 0.031% of baby boys were given the name Darwin. It ranked at #300 then. The baby name has since dropped out of favor, and in recent years it is of only infrequent use. In 2018, it ranked at #907 with a usage of 0.012%, but it was nonetheless the most popular within all boy names in its group. 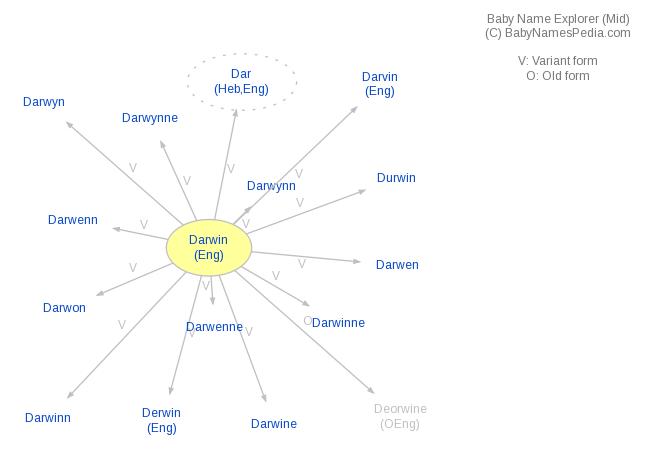