What does Dashawn mean?

[ syll. das-haw(n), da-sha-wn ] The baby boy name Dashawn is also used as a girl name, but the use for boys is much more common. It is pronounced as DAE-SHAO-N †. Dashawn is used predominantly in the English language and it is derived from English-American origins. The name is derived from the combination of the popular name prefix 'Da-' and Shawn.

Dashawn is a variant of the name Deshawn (English).

Dashawn is also a variant (English) of the name Shawn (English and Irish).

Dashawn is an unusual baby name for boys. Its usage peaked modestly in 1994 with 0.018% of baby boys being given the name Dashawn. It ranked at #528 then. The baby name has since fallen from favor, and is currently of irregular use. In 2018, among the group of boy names directly linked to Dashawn, Shawn was the most widely used. In the past century Dashawn has mostly been a baby boy name. 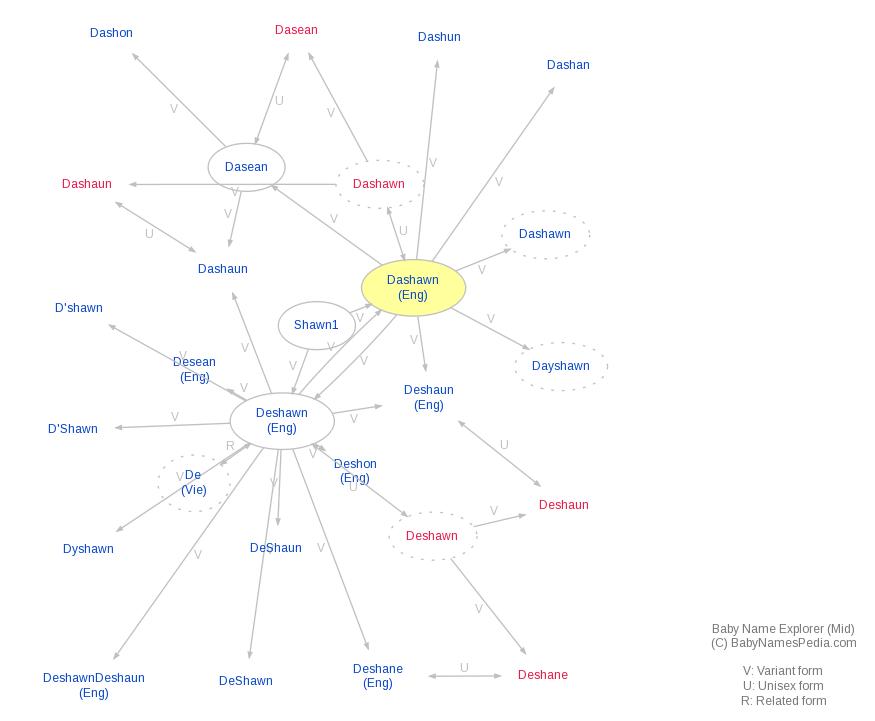