What does Davin mean?

[ 2 syll. da-vin, dav-in ] The baby boy name Davin is sometimes used as a girl name. Its pronunciation is DAAV-ahN †. Davin is used chiefly in the English, Spanish, and Finnish languages, and it is derived from Hebrew, Old Norse, and Celtic origins. From Old Norse roots, its meaning is brightness of the Finns - in this context, Davin can be used in the Finnish language.

In addition, Davin is a variant of David in the English and Spanish languages.

Davin is also a variant of the name Devin (English and Irish) in the English language.

Davin is uncommon as a baby name for boys. At the modest height of its usage in 2007, 0.020% of baby boys were given the name Davin. It ranked at #581 then. The baby name has since experienced a substantial loss in popularity, and is today of sporadic use. In 2018, within the group of boy names directly linked to Davin, David was the most regularly used. Davin has mostly been a baby boy name in the past century. 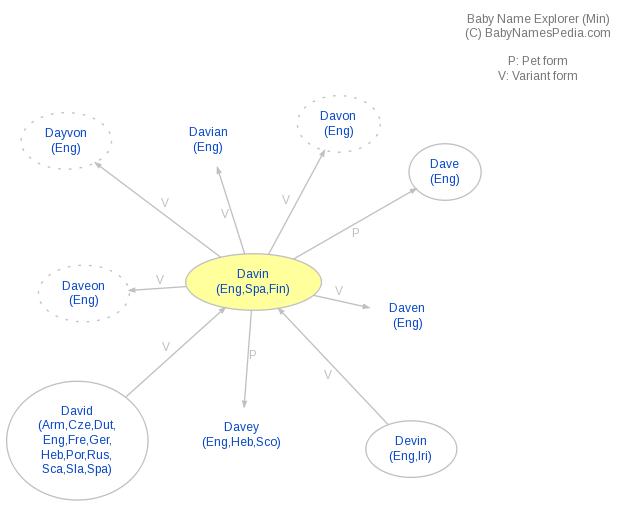