What does Davion mean?

[ 2 syll. da-vion, dav-i-on ] The baby boy name Davion is also used as a girl name, but it is much more common for boys. It is pronounced as DEY-VYaaN †. Davion is an English name of Unknown and English origin. The name could have developed as a form of David.

Davion is a variant of the name Davon (English).

Dave, Davey, and Davian (English) are variants of Davion.

Davion is a classic favorite. Today it is still somewhat popular as a baby name for boys, though it was in more widespread use in the past. The name's popularity rose from the 1990s up to the 2000s; before that, it was of very light use only. Its usage peaked modestly in 2008 with 0.030% of baby boys being given the name Davion. It ranked at #440 then. The baby name has since experienced a loss in popularity. In 2018, its usage was 0.011% and its ranking #938, but it was nonetheless the 2nd most popular after David, among all boy names in its group. In 2018, it was used 44 times more than Davion. Davion has in the past century been mostly given to baby boys. 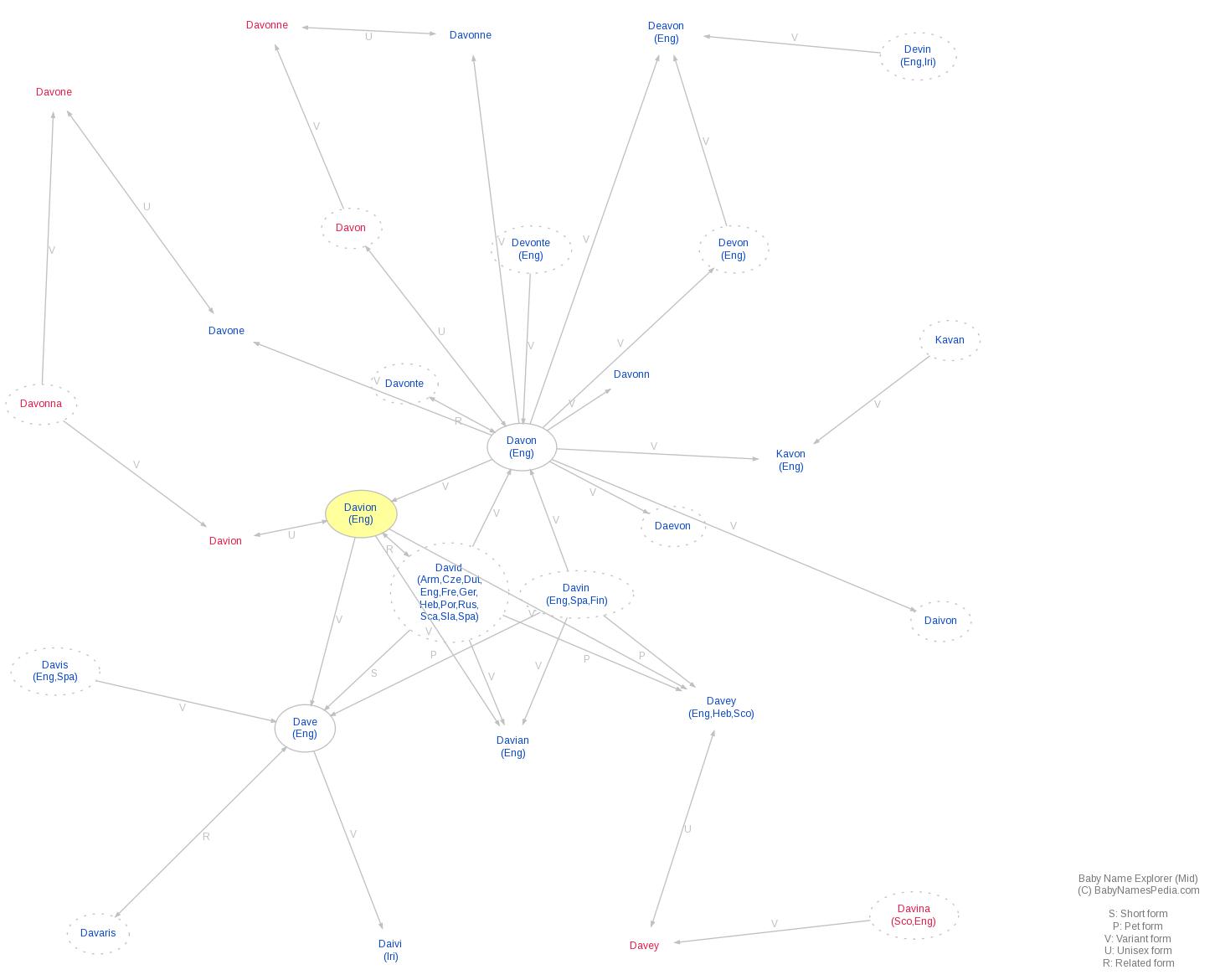