What does Davonte mean?

Davonte's language of origin is English-American and it is predominantly used in the English language. The name is a recent coinage, probably under the influence of Devon and Dante.

Variant forms share the origin and meaning of the name Davonte.

Davonte's origin is English-American. The name can be taken as a combination of Davon with the suffix '-te'.

Davonte is a variant form of the name Davonte.

Davonte is a rare baby name for boys. At the modest peak of its usage in 1992, 0.020% of baby boys were given the name Davonte. It ranked at #491 then. The baby name has since fallen from favor, and is of only sporadic use today. In 2018, out of the group of boy names directly linked to Davonte, Dante was the most widely used. 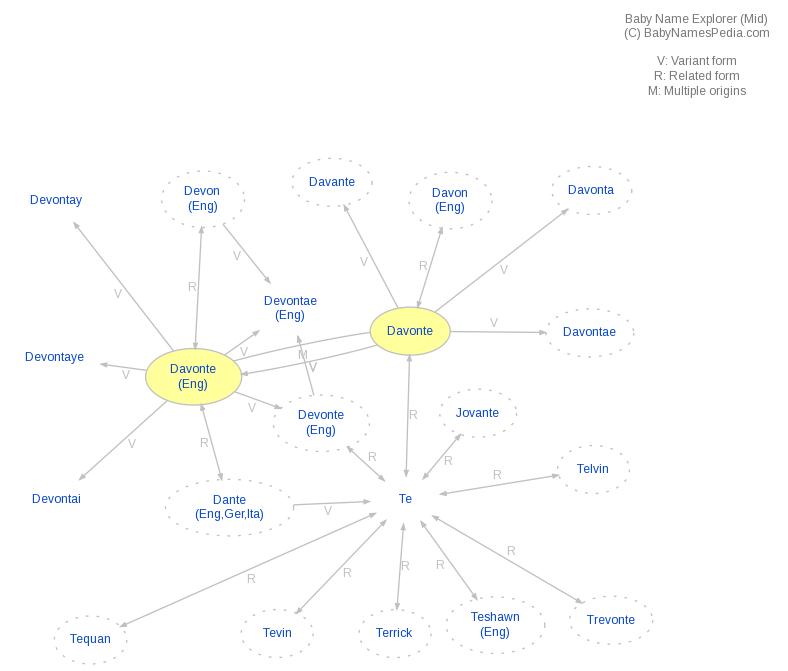