What does Dayana mean?

[ 3 syll. da-ya-na, day-ana ] The baby girl name Dayana is pronounced D-ahYaa-Naa- †. Dayana has its origins in the Hebrew and Indoeuropean languages. It is used largely in the German and Latin languages.

Dayana is a variant transcription of Daya (Hebrew and Indian). 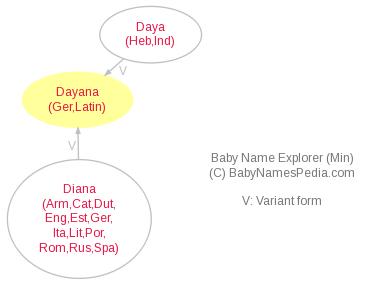