What does Dayanara mean?

[ 4 syll. da-ya-na-ra, day-an-ara ] The baby girl name Dayanara is pronounced DEY-aa-N-ERaa- †. Dayanara is of Hebrew and Old Greek origin, and it is used mainly in the English language. Deianeira (Old Greek) is an old form of Dayanara. In Greek mythology, Deianeira was the wife of Hercules. In modern times, the name is most often associated with the Puerto Rican singer, actress, model, and former Miss Universe Dayanara Torres (1974-).

Dayanara is a variant transcription of Daya (Hebrew and Indian).

Variant forms inherit the origin and meaning of Dayanara.

Diya (English diminutive form) is another variant of Dayanara.

Dayanara is rare as a baby name for girls. At the modest peak of its usage in 2005, 0.045% of baby girls were given the name Dayanara. It ranked at #344 then. The baby name has since markedly declined in popularity, and is of only very light use now. Out of all girl names in its group, Dayanara was nonetheless the most frequently used in 2018. 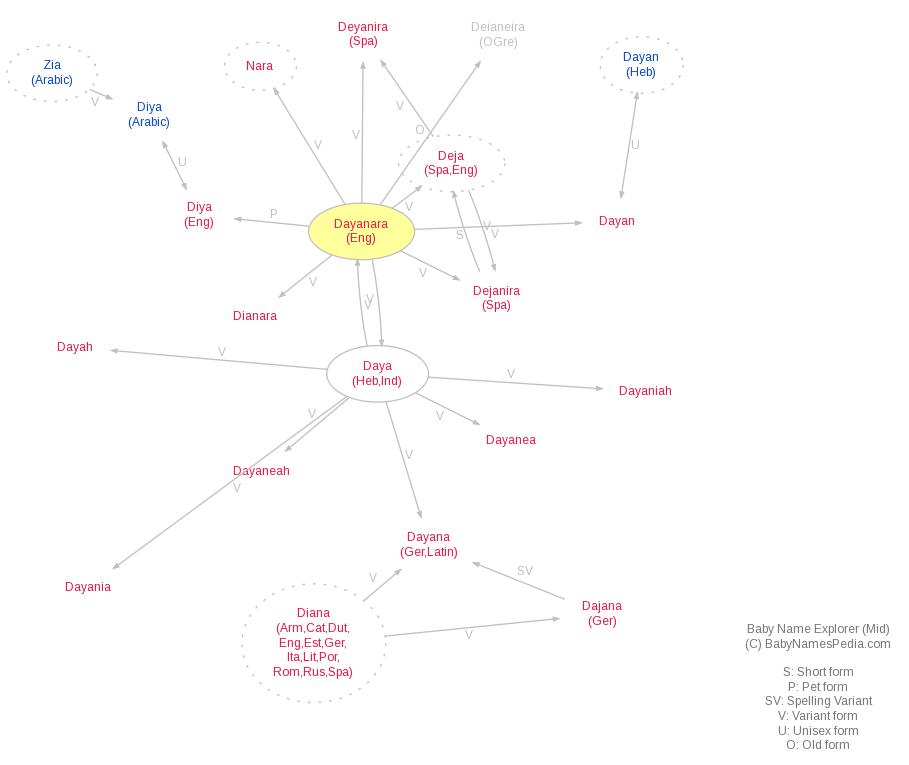